The concept of a One Hit Wonder (OHW) is an elusive thing, and the very definition of what constitutes one has been debated, defined, re-defined, and dissected down the years, and of course the definition will vary around the world. A band that has several hits in their home market – USA, UK, New Zealand for example- may be a legitimate OHW here in Australia where they only scored once, because they may never have toured here to promote their songs, relied on the narrow programming policies of the local media to attract a fanbase, or simply ran put of catchy songs, or ceased to exist. 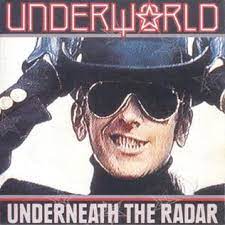 European OHWs like Golden Earring’s Radar Love (#10 in ’74) and Underworld’s Underneath the Radar (#9 in ’88) remain fan favorites 30-40 years after their initial release in this country, and a celebrated artist such as Enya only narrowly avoided OHW status in Australia after six years elapsed between Orinoco Flow which charted #6 in ’89 and her subsequent follow-up hit Anywhere Is which just crept into the top 40 at #39 in ’95. Rick Springfield similarly risked OHW infamy in the USA after nine years passed between his hit Speak to the Sky (’72) and Jessie’s Girl which hit #1 in 1981, after which he enjoyed extensive chart success here and in the USA.

OHWs abound during periods when specific genres like disco, grunge, new wave, rap and hip hop prevail, such musical styles will be ephemeral as fans ride the wave of popularity and then move onto the next big thing. Dance crazes are a good example too and have also thrown up OHWs along the way such as the twist, the swim, the stomp, the hustle, the boogaloo, the mashed potato, the macarena, and gangnam style, which all briefly flashed through the OHW pop firmament.

Since 2000 reality talent quest franchises like Idol, The Voice, X-Factor, have fast tracked the path of artists to OHW status, conferring immediate celebrity on season winners/runners-up, only for them to sink into obscurity and join the OHW queue of potential inductees. 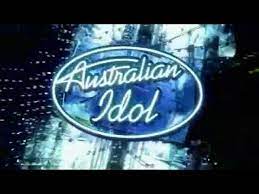 Similarly session groups who only existed in the studio to exploit a particular musical niche have produced numerous OHWs and would include Derek and the Dominos (Eric Clapton’s alter ego group with Layla) and bubblegum pop bands such as Edison Lighthouse (Love Grows Where My Rosemary Goes), White Plains (My Baby Loves Lovin’), and novelty acts like Dick Dee (Disco Duck), and Napolean XIV (They’re Coming To Take Me Away). The local equivalent of a novelty OHW would certainly include the Chipmunks-voiced song Daddy Cool (#1, 1971) by session group Drummond, who were really Adelaide’s Alison Gros, an early Graham Goble band, who would aspire to loftier heights later with LRB.

Performers do not readily embrace the OHW description, as it tends to be seen as derogatory and dismissive of their work and creative achievement as a whole. For example ignoring an artist whose legacy is primarily founded in the album market and not the singles charts (Spectrum for example in Australia), or where a group or solo artist has moved on to re-invent themselves in a genre quite different from that represented by their OHW, or sadly where a performer has died, often prematurely, before notching a second hit.

Being judged purely on the basis of a somewhat restrictive and arbitrary commercial benchmark, and pigeonholed forever because of that rather crude ranking process, is nevertheless a popular pastime, and endlessly fascinating for DJs and online critics, who often ignore the fact that many OHW artists continued to have quite productive careers in entertainment, live theatre, and the media, after they left the charts.

There is also the matter of timing to be taken into account when assessing whether or not someone is a OHW, how much time should expire, after an original hit remains unsupported by another top forty entry on the singles charts? Some may criticize the appearance of Gotye and Natalie Gauci amongst the local OHWs in the 4TR list as being unfair, but they only have one hit to their credit and ten years or more has elapsed since that time, with no follow-up success. Gotye’s one hit, Somebody That I Used To Know, sold nearly 12 million copies so he certainly hasn’t felt pressure to release another record, while Natalie Gauci was one of many Australian Idol winners/finalists who only briefly basked in post-Idol popularity, before losing her way and then tried to re-invent herself in the industry, via a “blind audition” on The Voice. 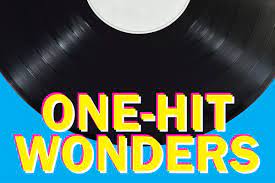 Australian performers who were assessed to be the Top Ten Biggest One Hot Wonders (Local) would have taken one single into the top ten here, but never again entered the Australian Top 40, as determined by David Kent’s Chart Books. Two other songs by Australians have been added to this top 10 because although neither qualified as a “hit” here in Australia ie- the song never reached the Top 40 in Australia, they were significant hits in the UK, but neither act took another song into the Australian or UK charts thereafter, so they qualify as “outlier OHWS”.

Despite the OHW trainspotters out there who are obsessed with defining and identifying OHWs, I have kept the process pretty simple when determining the top 20 non-Australian One Hit Wonders since 1960 in this country, so here goes. Where a foreign group/performer had one #1 hit single here and never again entered the Australian Top 40, as determined by David Kent’s Australian Chart Books, then they are listed below as the Biggest One Hit Wonders in Australian chart history. The list is dominated by US (*8) and UK (+6) records with NZ (#3) and Europe (3) rounding off the top 20, many of these songs will be remembered, some even fondly, others will rightly be classified as deservedly having a limited shelf life – Patrick Hernandez, Norman Greenbaum, Billy Ray Cyrus, and Carl Douglas come to mind – but here they are anyway, immortalized as heroic One Hit Wonders, and long may they continue to appear on OHW compilations, to celebrate that shining moment, when they enjoyed that fleeting 15 minutes of fame.

Born to be Alive – Patrick Hernandez ‘79

I Should Have Known Better- Jim Diamond ’85 +

All twelve local OHWS will be profiled in the coming weeks, I hope you enjoy finding out more about the provenance of these songs and the creativity and musicianship that brought them to our notice in the first place, albeit briefly, and for that single moment in time.

IMPORTANT MESSAGE- 4TR will be on vacation for several weeks from November 16 – 25, returning on Tuesday November 30th, in the meantime keep in touch, stay well, and listen to the music.