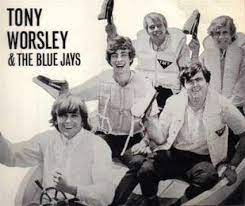 Tony Worsely (1944) and his family had emigrated from the UK to Brisbane in 1959 when he was fifteen, the young migrant had already won a talent quest in England, judged by Tommy Steele and skiffle legend Lonnie Donnegan, and had been offered a recording contract with Decca, so he was opposed to his family’s relocation. 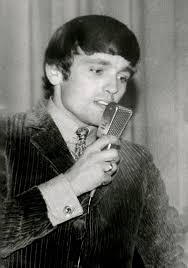 He juggled singing gigs with working as a rigger on the Brisbane docks and quickly embraced the music and appearance of the Beatles. Ivan Dayman caught his act and signed him to Sunshine Records and matched him with the Blue Jays, a tight professional band from Melbourne; and after his relocation there, the now grandiosely re-named “Fabulous” Blue Jays, became Worsley’s backing group.

The band toured rigorously and developed a strong fan base, they peaked in 1965 when they were support act for such touring British bands as the Kinks, the Honeycombs, and Manfred Mann, their second single release was a raucous, syncopated cover of Rosco Gordon’s Just a Little Bit which they took onto the charts at #41.

The song was written and recorded by Memphis blues singer/songwriter Rosco Gordon in 1960, but the influential beat version, was recorded by the Undertakers featuring Jackie Lomax in 1964. Lomax would later be signed with Apple and record and sing backing vocals on several tracks on the Beatles Double White album, but his only solo hit was Sour Milk Sea. Worsley and FBJ’s version of this song was very impactful, the rhythm section of Bobby Johnson (drums) and Royce Nicholls (bass) laid down a resonant bedrock of sound for Worsley’s double-tracked vocals and the use of driving brass was also innovative. 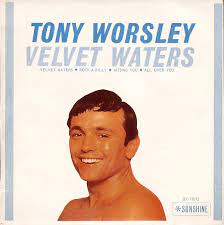 Their follow up was to be the band’s biggest hit, Velvet Waters, was not typical of the band’s hard-driving R&B style but its smooth, tranquil cadences took the group into the top ten for the first time when it charted #6 in April 1965. 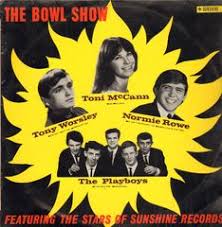 Velvet Waters was first recorded as an instrumental by a group of New York-based session musicians, the Megatrons in 1959. It was written by one of the group, William Plunkett, and their version featured a beautiful clarinet solo by Heywood Henry with subtle piano, percussion and guitar backing. This version of the song had been popularized here by Peter Smith, who was host of the ABC Radio show Hit Parade, as he used the Megatron’s version as his theme music. The first vocal version of the song was developed in Australia when local lyricist Dorothy Dodd added words to the original William Plunkett refrain.

The first recording of the vocal version was by Sydney-based Anglo-Indian club singer Bruce Gillespie who took the song into the local charts at #29 in August 1960.

Worsley and the band had completed a grueling recording session at Festival Records studio in Pyrmont in mid-1965 with producer Pat Aulton, and had decided to finish for the day, when newly-recruited guitarist Jimmy Cerezo mentioned that he had worked with Bruce Gillespie and felt that Gillespie’s version of Velvet Waters could be successfully covered with a beat treatment, it only took ten minutes to record and it became their biggest hit.

The clarinet on the original instrumental version was replaced by piano, strings, percussion, ukulele and guitar, and the dreamy, languid, water-over-pebbles soundscape was as fresh and beguiling as the original hit by the Megatrons.

Worsely would follow up with Missing You in ’65 for his next hit, when it climbed to #27, but other releases – Something’s Got a Hold Of My Heart, Raining in my Heart, and No Worries, all failed to chart. Tony became a regular performer in Sydney’s clubland and throughout the Asia- Pacific region, he managed Johnny O’Keefe for some years, then he and his wife Anne opened their restaurant Velvet Waters in Caloundra, where good food and music were both on the menu. Below – Restaurater Tony Worsely.