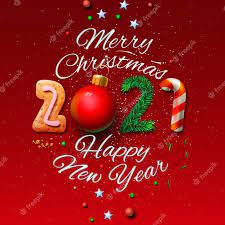 Christmas songs have been a European and particularly American tradition for centuries, and Northern Hemisphere images of snow, sleigh bells, pine trees, reindeers, Jack Frost, mistletoe, chestnuts roasting on open fires, abound – nary a barbie, bikini, gum tree, seafood platter, or kangaroo in sight, but let’s get into our Downunder version of the festive spirit anyway. 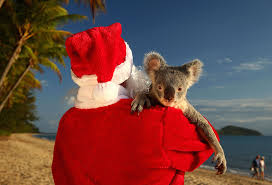 In Australia the arrival of Christmas ushers in the summer holidays, families head for bush or beachside leisure spots for camping, caravanning, surfing, outdoor BBQs and several weeks of family fun and relaxation. An Australian Christmas retains many of the features familiar to our counterparts in the UK, USA and Europe – Christmas trees, decorations, door wreaths, light displays, singing of carols, Santa Claus, gift-giving, Christmas pudding, celebration crackers, and lashings of food and seasonal cheer. 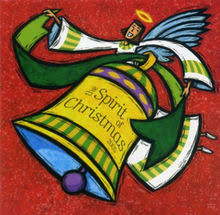 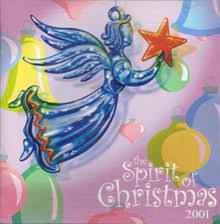 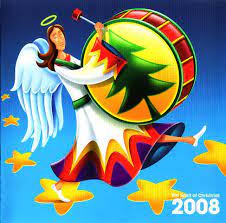 Carols by Candlelight are performed in each capital city, and the Salvation Army has released an annual album of Christmas favourites entitled Spirit of Christmas, recorded by local performers to raise funds for the homeless up until 2018, but there has not been a great tradition of seasonal albums being released by locals until more recently – Olivia Newton-John (“Tis The Season ’00, and Christmas Wish ’07),  Kate Ceberano (Merry Christmas ’09),  Christine Anu (Island Christmas ‘14), Human Nature (The Christmas Album’13), Kylie Minogue (Kylie Christmas ‘15), Delta Goodrem (Only Santa Knows ’20), Sia Furler (Everyday Is Christmas ’17), Samantha Jade (The Magic of Christmas ’18), and this year Paul Kelly’s Christmas Train, are all notable exceptions, and have included many new original  Xmas songs, as well as re-inventions of classics from the past.

Christmas songs have evolved over time from the pagan rituals dedicated to all four seasons, to the religious hymns of Hark The Herald Angels Sing, Silent Night, Oh Come All Ye Faithful, Good King Wenceslas, The Little Dummer Boy to embrace the Great American Songbook of Christmas classics in the period just before and after WW2. Bing Crosby, Judy Garland, Rosemary Clooney, Eartha Kitt, Mahalia Jackson and others all recorded classic versions of seasonal hits, often taken from the scores of popular movies and live musical theatre. Bing Crosby has had so many hit songs at Christmas that it seemed as if this season was an annual benefit for the old crooner, contributing massively to his personal global record sales of over 300 million copies. 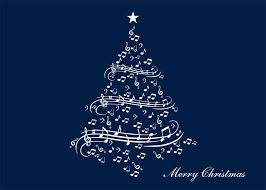 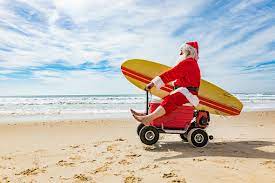 By the 1960’s the tradition of singers releasing Christmas albums was now getting into full swing, Elvis Presley, Bing Crosby, Doris Day, Nat King Cole, Andy Williams, Roy Orbison, The Beach Boys, even Phil Spector, and many more, jumped on the sleigh ride to seasonal success. But local Christmas hits were thin on the ground here in Australia, Rolf Harris produced a genuine seasonal hit with Six White Boomers in 1960, and the Bee Gees released the beautiful neo-Xmas song The First of May in 1969, but our local Carols By Candlelight and Christmas Pageants continued to feature unrelentingly snowy songs of Europe and North America.

The major shift in Christmas music over the decades has been the emergence of more secular songs at the expense of traditional hymns, so that songs like White Christmas (Bing Crosby), Santa Baby (Eartha Kitt), Last Christmas (Wham), All I Want For Christmas Is You (Mariah Carey), It’s The Most Wonderful Time of The Year (Andy Williams), Merry Christmas Everybody (Slade), and Step Into Christmas (Elton John), are far and away the biggest-selling seasonal hits; but there has been a more politically/culturally aware genre of Christmas songs emerge over time that are far removed from the tinsel-tree cuteness and the glorification of religion, of past songs. 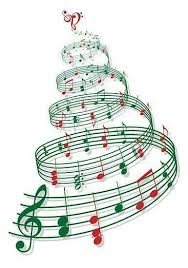 Do They Know It’s Christmas, and Feed The World (Band Aid), Merry Christmas (War Is Over) (John Lennon and Yoko Ono), 7 O’Clock News/ Silent Night (Simon and Garfunkel), A Fairytale of New York (The Pogues with Kirsty McColl), Bad Sharon (Robbie Williams and Tyson Fury), Back Door Santa (Otis Redding), Christmas Duel (Cyndi Lauper and the Hives), and How To Make Gravy (Paul Kelly), were all memorable. 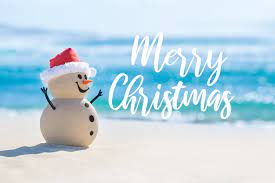 Then there were those that were just strange/awkward – Santa Came On a Nuclear Missile (Heather Noel), Santa Claus Is a Black Man (Teddy and Akim Vann), and Close Your Mouth (It’s Christmas) (Free Design); while others tapped into seasonal pathos like The Christmas Shoes (Bob Carlisle), Faith In Santa (Herman Lammers), Another Lonely Christmas (Prince), and Christmas Carol (Skip Ewing), which were all notable tearjerkers. So, what makes a good Christmas song? Well, it should be heartfelt, meaningful, preferably original, and remind us that Christmas is about goodwill, charity, love, and family. 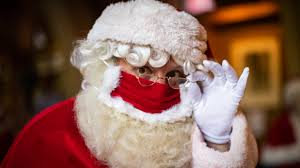 Throughout 2020-21 we have endured two years of COVID-19 and its various strains- Alpha, Beta, Gamma, Delta, Omicron, and new variants are emerging, but we have returned to some normality regarding our daily lives and personal freedoms, despite an ever-present threat of infection, even as double vaccination rates begin to peak at 90%. But the irrepressible spirit of Christmas is starting to re-emerge, however the lyrics of many seasonal songs need to be updated, to reflect the reality of living with a global pandemic, so here goes.

So have yourself a merry little socially-distanced Christmas, forget the gold, frankincense and myrrh but remember the face masks, toilet paper, and hand sanitiser; sadly, jingle bells won’t feature on the ICU ventilator alarm system, and chin masks are not acceptable Rudolph, so cover that red nose or there will be no reindeer games for you, and remember it may not be Santa Claus calling at your home, but a quarantine checker or someone who hasn’t been able to get to a hairdresser lately. For your enjoyment 4TR will present a collection of Christmas songs and carols by Australian performers throughout the coming week, including seasonal selections from Paul Kelly, Angus Stone, Johnny O’Keefe, Air Supply, Human Nature, John Farnham, Kylie Minogue, Delta Goodrem, Sia, AC/DC and others, which will be published each day of the last week before Christmas, Dec 20-24, our version of a 5 Day Advent of Songs.

Merry Christmas and a Happy New Year from 4TR to all our readers, thank you for your fantastic support during the year, and particularly in these difficult pandemic times, your interest and comments have been truly inspiring. 4TR looks forward to re-commencing posts to this site on Tuesday January 25, 2022. 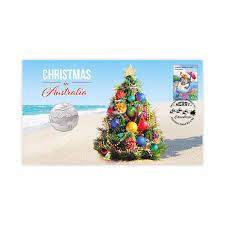