Grace Knight (1955) emigrated from the UK at the age of 20, a girl from the north of England, she was the youngest child of two entertainers, and had absorbed the music of Motown and learned to play piano. She travelled on a cruise liner as the onboard entertainer, met Bernie Lynch in Perth and with Amanda Vincent (keyboards) they formed the synth-pop Eurogliders in 1980, the hot acts in Perth were the Dugites, The Scientists, The Triffids, Dave Warner, INXS, and Matt Taylor, but generally Peth was a covers band wasteland at this time. Eurogliders above L-R – Bernie Lynch (guitar/vocals), Crispin Ackerman (guitarist), Ron Bennetts (drums), Grace Knight (vocals), Amanda Vincent (keyboards), and Ron Francois (bass)

Their manager Brian Peacock (ex-Playboys/Librettos/Procession), landed a product promotion role for the band with the local manufacturer of Peters Pies, Bernie Lynch’s song Rage became the theme of the campaign which targeted the teen drinking market. The advertisement featured a pie with the word Rage written in tomato sauce on the flakey pastry, the Eurogliders used the same imagery to promote the band, writing Eurogliders in sauce on a Peter’s pie which appeared in their early publicity shots.

They quickly became a top pub band in Perth and aspired to “pie-in-the-sky” status in the West, they were signed to Polygram in 1981 and recorded their debut album in Manila due to budgetary constraints and lack of available local studio space. Bernie Lynch controlled the recording sessions, he wrote the songs, and knew how he wanted them to be played, as Knight recalls in her memoir “ He would bring demo tracks to rehearsal with all the parts completed: keyboards, drums, bass, guitar, melody, and lyrics. It was really a matter for the rest of us to just learn the song”. (Pink Suit for a Blue Day 2010).

The resulting album Pink Suit Blue, charted at #54 but the single Without You became their first top 40 hit at #34, they were now getting exposure on Countdown and Nightmoves and were resident performers at the legendary Manzel Hotel (Syd). The original trio had now expanded to include Crispin Ackerman(guitar), John Bennets (drums) and new bassist Ron Francois (formerly with Lene Lovich and The Teardrop Explodes), they were on their way.

Just as the band was about to really break out, Polygram in their wisdom let them go, they were quickly picked up by CBS and headed for the Maison Rouge Studios in Surrey (London) to record what would become their magnum opus album – This Island. 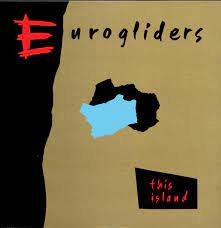 At the time Michael Jackson, Prince, Madonna, and the Eurhythmics were tearing up the charts and another Perth band, INXS, were rapidly emerging as a global force, the post-punk era was throwing up new wave bands with a different musical sensibility and the Eurogliders soon found their groove and a niche in the synth-pop genre. Below – Producer Nigel Gray

This Island was produced by Nigel Gray who had produced the first three albums for the Police as well as albums for Siouxsie and the Banshees and Godley and Crème, the recording sessions were long and arduous with only a few days left at the end of their stay in the UK for Grace Knight to record her vocals. This would be the first time that Knight used cocaine to bolster her energy levels to complete an album or maintain a frenetic touring schedule, but it wouldn’t be the last, the album was a hit charting at #4, the first song lifted from it was the relentlessly groovy and likeable Heaven (Must Be There). It was synth-pop for the masses with a quasi-anthemic chorus, shiny ringing guitars, funky keyboards, and chimes by Amanda Vincent with yearning, exuberant vocals from Grace knight.

The sound effects at the intro, not always heard on radio, draw you into the song, dogs barking, windstorms swirling, chimes, a moving train, footsteps, then drums and bass insinuate themselves into the mix and ringing guitars lead us to the opening verse, Knight’s vocals are joyful, uplifting but the undercurrent to the song is darker “Oooooh! Ooh I’m always trying to escape/ Oooooh! Ooh I never know which road to take/ Heaven must be there -ere/ Well its just got to be there-ere/ I’ve never been to Eden/ I don’t want to live in this place”

Heaven is metaphorically where you find it, and Grace Knight had been confessionally open in her memoir Pink Suit for a Blue Day (2010), about being raised in a dysfunctional home with an abusive and violent father and she was still looking for that place in life with someone who would love and protect her, that would be her idea of heaven, her Eden. Below – Grace Knight x3.

Grace Knight’s history of abuse, rage and struggle to find a way out of the vicious cycle of poverty into which she was born, and her personal battle to overcome the emotions of guilt, anger, mistrust and low self-esteem, the classic psychological scars that victims of abuse have to deal with, were a daily challenge for the Eurogliders frontwoman. But it was music and ultimately motherhood that would nourish her, and help her deal with her inner demons, after twenty years of silence and separation, she re-connected with Charles, her ageing father, introduced her son Jacky to him, and resolved not to let her father’s abusive act be a sordid legacy which would define her for the rest of her life. Grace relaxing in Geelong before a show. 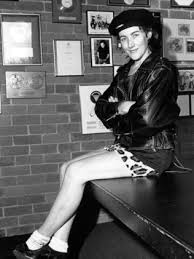 Heaven was a major hit, #2 in Australia, #6 in NZ, #47 in Canada and #65 in the US, Knight and   Bernie Lynch were also partners in real life and would live together for five years and ultimately marry but they would part a year later, but continue with the band whilst Grace began a relationship with fellow band member Crispin Ackerman. 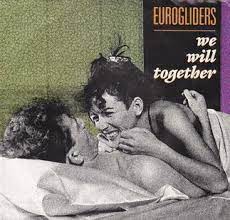 Despite their personal issues Knight and Lynch would continue to be a part of the Eurogliders and take the second song lifted from This Island into the charts in 1985 – We Will Together was another catchy danceable set of synth grooves with the addition of trumpet flourishes, the promo video certainly seemed to emphasize the physical nature of the relationship between Knight and Lynch, but they were already estranged, had taken up with other partners, and were heading for divorce.

Filmed on location at Palm Beach (NSW) it featured images of the two playfully frolicking underwater, embracing and writhing together on a sun lounge, intercut with the band performing on the beach, with the two “loved up” protagonists bumping and cavorting along the shore, it became the band’s second top ten hit when it climbed to #7, and the US deemed the video worthy of an X-rating when Grace climbed on top of Bernie. This song was apparently quite difficult for Knight and Lynch to perform live after they separated but like true professionals, they continued to work closely together for another four years, Knight even introduced Lynch to his next wife, fashion designer Collette Dinnigan, who were divorced in 2000 after nine years of marriage. Below- Bernie Lynch and Collette Dinnigan. 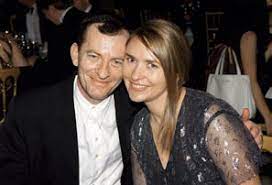 The band were chosen to perform live on the MTV New Year’s Eve Show in 1985 in front of an international audience of 65 million, they were headlining the show which also featured Frankie Goes to Hollywood, UB40, and Joan Jett, the band aced their set and with radio stations playing Heaven … and college radio playing album tracks off This Island, they embarked on a 64- day tour of the States and then toured Japan to complete a grueling year of touring, performing and promotions. 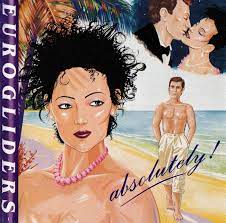 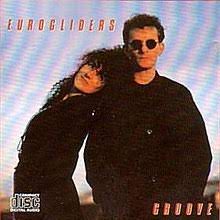 In the period 1984-85 the band released six singles and two albums, but by 1986 they could see that the end was in sight, their manager Brian Peacock was now giving more attention to his new charges Wa-Wa-Nee. Grace resented this lack of support by Peacock, and demonstrated this by concealing a human turd in Peacock’s briefcase, which he only discovered several days later, a typically earthy, spontaneous, retaliatory gesture by the feisty frontwoman. The band would take the album Absolutely into the top ten and the lead single Can’t Wait to See You, another Bernie Lynch composition, climbed to #8 in November 1985.

But by early 1988 the band was running out of steam, their album Groove (#25) and the title track (#13) were both moderate hits, but Knight would segue to the role of nightclub singer Lola in the TV mini-series Come In Spinner for which she won the ARIA for Best Adult Contemporary Album with Vince Jones in 1991, Grace would marry and divorce two more times, and the Eurogliders would resume performing and occasionally recording but failed to chart. Grace has pursued a solo career as a jazzy torch/cabaret performer and released albums regularly throughout the past 15 years, her last chart success was Stormy Weather which charted #19 in 1991.