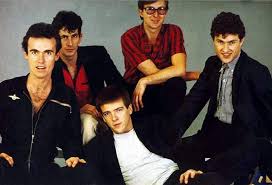 Ross Wilson had already become a legend of the local music industry by the time he formed Mondo Rock, his time as a singer/songwriter with Daddy Cool was well-documented, his ability to produce three hit albums for Skyhooks was less well-known, and the Mondos were to be his next step in a musical journey. Below – The Many Faces of Ross Wilson.

Initially their efforts were poorly rewarded with a modestly-performing single, The Fugitive Kind and a debut album Primal Park which just scraped into the top 40. Wilson set about reforming and re-energising the band, retaining Gil Mathews (drums), recruiting Paul Christie (bass), James Black (drums/keyboards), and Eric McCusker (guitarist), who would become half of a dynamic songwriting duo with Wilson in the years ahead. Below L-R – Top Ross Wilson, James Black, Bottom Paul Christie, Gil Matthews, Eric McCusker. 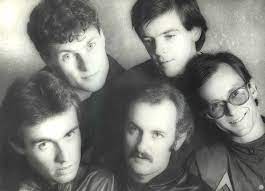 State of the Heart was a lush, sophisticated love ballad which was partly-written by McCusker before he joined the band, and it adeptly combined the creative and performance skills of Eric and Ross Wilson respectively. 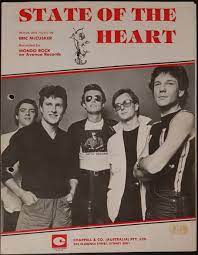 The lyrics reflect on people as ships passing in the night, trying to connect and having to drop their defences and deal with the emotional content of interacting, it contains subtle references to physical relationships “You are the moon, I am the sea/ You pull me in and gaze on down at me/ I was alone, I thought I was immu-you—you-une/ It’s good to know, the door can still be open wide.” The vocal melisma on the word immune stresses a shift in power in this relationship, the man now feeling vulnerable and exposed, seeking direction and confirmation about the future.

The song was lifted from the Chemistry album and produced by Mark Moffat, it charted #6 nationally and remained on the charts for six months, when covered by Rick Springfield in 1988 it went to #27 in the US. The band had not commissioned a promo vid for this song, but the quality of clips produced for Countdown at the time were so good, and this one was no exception, and it became the official promo clip.

Mature, punchy, craftily professional adult pop-rock, Cool World was the second single released from the Mondos second album Chemistry, and Andy Buchanan guested on drums for this session. Ross Wilson was emerging from a period of writer’s block when he wrote the convincing Cool World, and Wilson has conceded that he did not realise at the time that the lyrics were sub-consciously about himself, Ross ”The Boss” was getting in touch with his inner self, and his alter ego, albeit in the third person, as the lyrics indicate “In your world there are no regrets, your goals have all been set/There are no more to be fou-ound/Your world is so well controlled, you will not be told/You know you don’t hear a sou-ound/It might break into your coo-ool world/Break into your coo-ool world/Break into your-our coo-ool, coo-ool, coo-ool wor-orld “ 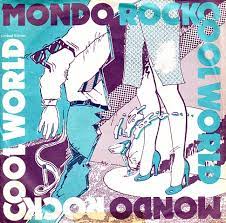 The arrival of another talented and skillful songwriter in Eric McCusker meant that Wilson could share the songwriting load and the hits would flow from this partnership in the future. Cool World effectively showcased the band’s talents and hit #8 nationally and they were on the cusp of a golden run with successful albums Chemistry (#3 ’81), Nuovo Mondo (#7 ’82) and The Modern Bop (#5 ’84). In July 1982 they issued their third album, Nuovo Mondo, which was produced by Peter McIan (Pat Benatar, Barbra Streisand, Men At Work) which reached #7, the lead single No Time was written by McCusker and inspired by the Beatles Don’t Let Me Down, as a tribute to John Lennon, and it climbed to #11.

The follow up single and the title track lifted from the Chemistry album displayed the consummate songwriting skills of McCusker (formerly of the Captain Matchbox Whoopee Band) whose father was very much into chemistry as a nuclear physicist, in tandem with bassist Paul Christie. The vocals of journeyman lead singer Ross Wilson, Graham “Buzz” Bidstrup on drums, and the lead guitar of James Black (later to become known as the leader of the house band on the SBS series Rockwiz), contributed to a fine recording.

It was predominantly a piano-based ballad that traded on the use of the word “chemistry” which had seeped into the popular vernacular at the time and described a particular human dynamic that would ensure success in life, the song exudes a timeless quality and a smooth. sophisticated palette of sounds, it charted #20 in August ’81. 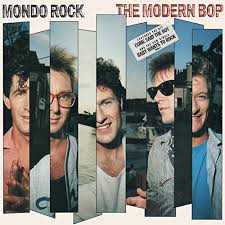 Mondo Rock were now well-known for writing and performing mature, craftily-professional adult pop- rock, and their most successful phase as a group coincided with their second studio album Chemistry, which became their first top 5 hit. At the time the band comprised Ross Wilson (guitar/vocals), Eric McCusker (guitar), James Black (guitar/keyboards), James Gillard (bass) and John-James Hackett on drums and drum programming. Chemistry had already yielded the hits Cool World and the title track Chemistry, and the Summer of ‘81 was also a hit when it became the fourth single to be lifted off the album. It was a feisty, enduring pop composition by Eric McCusker which references people coming to terms with either the end of a relationship or even more dramatically the end of the world – “…waiting for the countdown, “…no time for a letter ..sign up or go underground…”. In a selfless act of charity all royalties from the sale of this record, which charted at #31 in November, were donated to Amnesty International.

The band went into the Fast Forward recording studios in Montreal, Quebec with producer John Sayers to cut their fourth studio album, The Modern Bop, which would be mixed at Sayers Music Farm Studio at Byron Bay (NSW), Come Said the Boy was the lead single, released three months before the album in November 1983. The song is based on a synth groove of considerable subtlety and restraint, given the narrative is about adolescent sexual initiation; synth-inflected guitars, keyboards and a barely-there drum pattern smoothly segued to the opening lyrics which quickly become a provocative tale of juvenile lust and lost virginity. “It was a party night/It was the end of school/His head was feeling light — first time/She seemed much older then/She had turned 17/And she knew some older men — first time” 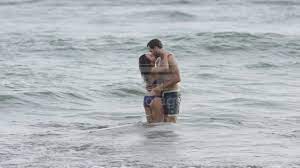 It was a voyeuristic and highly evocative Eric McCusker composition which recalled an earlier Ross Wilson song Cool World, sung with great passion and drive by Wilson; even the song title invites speculation and creates anticipation before it begins. When McCusker first demoed the song to the band, Ross Wilson remarked “Oh teen sex – that’ll work.”

The Catholic Church-owned Sydney radio station 2SM banned the song on the basis that it implied teenage promiscuity, which was not completely accurate, as the song does not imply but rather explicitly describes teenagers having sex and the lyrics make no attempt to lay the message between the lines ”Oh, but come said the boy, let’s go down on the sand/ Let’s do what we want to do, let me be a man for you/ Just say come with me boy, just take my hand/ I’ll let you see what you wanna see, come on be a man for me.”

The song charts the rites-of-passage of teenage lovers at the end of the school year, intriguingly the seventeen-year-old girl in question is confident, experienced, even empowered, and this turned the then conventional male perspective on physical interaction on its head, and appealed to fans generally.

Eric McCusker has said that he understands that many people many have lost their virginity to this song, which was partly inspired by a true story of a young man who told Eric about his efforts to be relieved of his virginity at an end-of-school-year party on Bronte Beach (Syd). The boy’s aunt with whom he was staying, interrupted the pair before consummation, dragging the boy home by the scruff of the neck with these words “Your mother would never have forgiven me if I let you stay out,” Auntie would probably never know how cruelly prophetic her words were, for the young man who remained both chaste and chastened. The song became a classic summer hit and remains a unique example of the genre, the promo video was shot at Maroubra beach (Syd) and the unidentified couple were two young interns who were working for the record company WEA at the time, the song charted at #2 nationally and was the band’s most-played single. Below Nicki Nicholls and Eric McCusker. 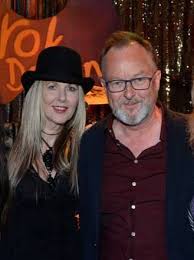 In 2021 Eric McCusker returned to this song and composed a sequel entitled Bumping Into Memories, with the former lovers returning to the beach setting of the original song, and asking if there’s a chance to revisit the past romance, some 30 or 40 years later. The song appears on McCusker’s most recent album, What the Moon Believes, with his new group The Dreamroom and features Nicki Nicholls on vocals, who is one of Australia’s most gifted backing singers (John Farnham, Olivia Newton-John, Lulu, and Mondo Rock), as she revisits that evening on the beach from a female perspective.

Mondo Rock would have their last top 20 hit in 1984 with Baby Wants to Rock when lifted from their Modern Bop album, it climbed to #18 and lyrically continued the euphemistic link between rock and roll and having sex, a connection that black blues singer/songwriters had made decades before and had encouraged white performers to do so as well, which they gleefully did.

Baby Wants To Rock was easily-digestible pop that hard-working bands need to churn out regularly to exist, it was simple, catchy, and “Ross the Boss” was in good form vocally. The Mondos were one of the most successful and innovative bands of the 80’s, and took six singles into the national top 20 and four albums into the top ten – Chemistry (#3 in ’79), Nuovo Mondo (#7 in ’82), The Modern Bop (#5 in ’84) and Up To The Moment (#8 in ’85), they certainly had a sound that should have resonated in international markets, but locally ARIA has still not seen fit to induct Mondo Rock into the Hall of Fame, surely an oversight. Below- The Mondos circa 2020 L-R Kerry Jacobsen, Paul Christie, Ross Wilson, James Black, Eric McCusker.