Dave Mason (David Lawrence Mason,1954) was born and raised in Dubbo (NSW) to parents Lorna and John, his father was the Liberal MP for the seat of Dubbo from 1965-81. Mason formed several groups in the mid 70’s including Native Sons and The Brucelanders, and in 1979 the Reels emerged for the first time, as a pop-new wave band. The group had creative ambitions, possessed an unquenchable thirst for originality and technological experimentation, enjoyed playful theatrical pretensions, and brought to their performances a quirkiness and unpredictability of an outsider band from Dubbo, which definitely set them apart.

Based in Dubbo the band was geographically and musically somewhat detached from the mainstream trends of the time, pub rock and power pop themes in particular, were eschewed for more experimental new wave rythms, and the band would find their way to synthesized sounds and a more melancholic and hauntingly bleak style of music in the future.

Several singles were released in 1980, Prefab Hearts and After the News but all failed to impress until the EP According to My Heart : 5 Great Gift Ideas From the Reels climbed to #12 and helped to establish a local fanbase.

The band charted in 1979 with a Dave Mason composition Love Will Find A Way, it was a jerky, jaunty, synthy organ-based dance track, which shared the same name as a song by US goup Pablo Cruise, but they were vastly different compositions. The band combined a quirky ska-inspired sound with a bouncy Devoesque live performance, as they pogo-stick-moved to the casiobeat, and took the song to #39.

But synthesizers were new technology with inherent limitations, they were mostly primitive analogue models, and were monophonic, meaning that you could only play them with one finger at a time, as they didn’t have memories, so you couldn’t just press a button to retrieve the sound, they had to be retrieved manually, but gradually the band mastered the emerging technololgy. 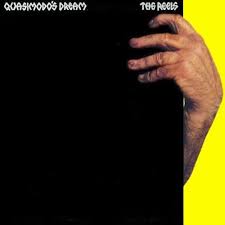 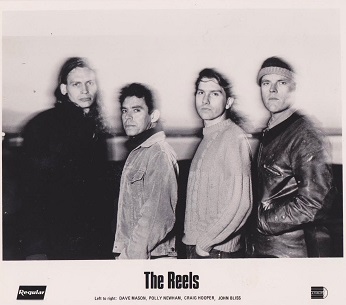 The album was recorded at Albert Studios (Syd) in 1981 and the title track was the first single lifted from it. Quasimodo’s Dream was a beguiling, melancholic, synthesizer-laden track with cryptic and elusive lyrics, a great bassline and intriguing quirky hooks that created a reverberation of loneliness and solemnity, so characteristic of the enigmatic and troubled Mason.T he lyrics were despairing and seemingly bristling with self-loathing “Just when you say no more/ A hand asks for a key/ Oh I never wanted to be/ In Quasimodo’s dream/Shall I beg the ringmaster please/ Find another me.”

Dave Mason was struggling with mental health issues at the time the Reels recorded this song, his bipolar disorder and depression had virtually derailed the band’s touring schedule and his battle with writer’s block would see the Reels release a string of cover versions in the future. 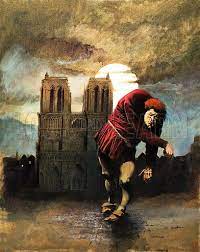 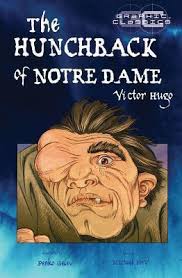 Despite the titular references to the doomed hunchback Quasimodo, and his unrequited love for Gazelda, as told in the Victor Hugo classic, Mason had been forced by the record company, to change the song title, from Quasimoto to Quasimodo, he has also said that in his opinion the song didn’t make sense and he didn’t like it very much, and he wasn’t surprised when it failed to chart.

But this eerily uncluttered, hypnotic ballad which favoured twinkling synths over fat guitars, was a far cry from the pub rock that dominated the local scene, punters weren’t ready for a song where Burt Bacharach met Kraftwerk, and reminded them of life’s miseries and forebodings.

The promo video was similarly an eerie and unfathomable montage of Pilgrim families, sepia-toned grottos, rivers and bayous, carrying Quaker settlers to the promised land, but not Dave, he was cast adrift and banished in a small sail boat as the song ended. There was that sense of alienation, and knowing cynicism about the song and the film clip, so typical of Dave Mason. He and his band always existed on the periphery of the mainstream of Australian popular music, orbiting around inside their surrealistic sideshow, hammering out the odd intriguing quirky jerky of a song, then scurrying back to the fringes and relative comfort of their musical universe. Below – Dave Mason through the years. 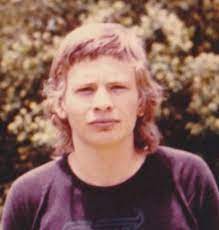 Never the less Quasimodo’s Dream’s vast quiet urgency, and eerily vague purpose and ghostly persona, has endeared it to generations and no less an artist than Gotye recently covered the song in a tribute to Dave Mason’s magnum opus. The song was ultimately paid the high honour of being ranked the 10th best song in the modern era in Australia1926-2001 by APRA, outranking such classics as Cattle and Cane, Wide Open Road, The Ship Song, Treaty, Power and Passion, The Real Thing and many others. 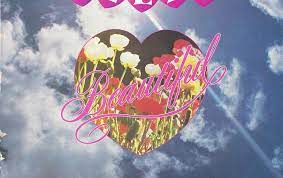 In 1982 the band surprised with an album of inspired covers entitled Beautiful, which charted respectably at #32 nationally, and included a re-make of the Herb Alpert classic, This Guy’s In Love With You. Trumpeter/bandleader Herb Alpert had taken the song to a US #1 in 1968 when he sang lead vocal on a record for the first time, and The Reels took the song to #7 nationally for their biggest ever hit, it was perfect for Dave Mason’s vocal range, and he delivered a sensitive and subtly-nuanced version of the song, which occupied the charts for 21 weeks, and the album too charted a credible #32.

The classy original arrangement by Alpert, including the trumpet solo at the bridge and the outro was sensibly retained, the unpredictable Reels would follow up with Credence Clearwater Revival’s Bad Moon Rising, in a slowed -down, gospel treatment, bristling with icy synths, and Mason’s voice fed through a vocoder, produced by Filthy Lucre  (who would conjure the definitive version of Yothu Yindi’s Treaty in 1991), which climbed to  #11 in ’86. There were also several other quirky covers of such songs as Love Grows (Where My Rosemary Goes), a hit for Edison Lighthouse, as well as hits for Cold Chisel (Forever Now with former Go-Between Amanda Brown on vocals), and Are You Old Enough (Dragon). But these songs made little impact with increasingly diminished returns on the national charts, and the Reels disbanded for the second time in 1992 and marked their dissolution with the issue of a best of compilation titled Requiem.

Dave Mason recovered from his various illnesses (hepatitis, depression, etc) to re-emerge in 2003 to contribute to David Bridie’s album Hotel Radio, and to release a solo album Reelsville in 2007, the cover artwork was typically idiosyncratic with Mason astride a prancing stallion, the original Reels reformed briefly in 2008 and Mason has continued to record and perform in collaboration with others since then.