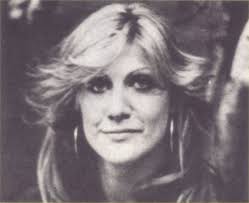 The daughter of Edward, a Hungarian- Jewish father and a Slavic- Jewish Holocaust survivor mother, Renee Rebecca Geyer was born in Melbourne (1953), her mother had been liberated from a camp in Mauthausen, after having been through many camps including Auschwitz, where Renee’s grandparents perished. Below – The Geyer family, Renee’s parents, her two older brothers, and Renee far left.

The Geyers moved to Sydney when Renee was three, her parents ran a Jewish migrant hostel there in which the family, Renee, her two older brothers Robbie and Dennis, and parents lived, her father later augmented the family income by opening a kosher catering business, and he was also a baritone chorister at Sydney’s Great Synagogue. The relationship between father and daughter was fraught, tense, and schismatic, Edward was a disciplinarian who did not spare the rod with his children, he was also clever, innovative, as well as distant and emotionally remote. Renee feared him, but she was curious, headstrong, rebellious, a natural show-off, and determined to leave home as soon as possible. After being expelled from Ravenswood Methodist Ladies College at the age of 13 for petty theft, her parents enrolled her at Willoughby Primary School, but the family soon relocated to Perth where her father had assessed there was an opportunity for a kosher catering business. But Perth had the smallest Jewish community of all the capital cities, so the business quickly failed, Renee and her mother returned to Sydney six months later, and she was enrolled at Dover Heights High School where she established a circle of like-minded girlfriends, until she dropped out in fifth year. Below – Class photo Willoughby Girl’s Primary School 1965, Renee at extreme left.

She began singing with a garage band out of Sydney HS, but quickly moved onto Dry Red, a covers band who specialized in songs by Spencer Davis, Julie Driscoll and Janis Joplin, guitarist Eric McCusker was a bandmate, and he would later become a key member of Mondo Rock in the 80’s. At this time Geyer had such bad stage fright that when the group performed at the Kask wine bar in Bondi, she would sing with her back to the audience. In 1971 Renee moved onto the jazz-rock band Sun who were acolytes of such jazz greats as Theolonius Monk, John Coltrane and Miles Davis, and performed regularly at the” head” venue known as the Arts Factory, alongside such groups as the La De Das, Spectrum, and the Aztecs, they signed with RCA and cut an album called Sun ’72, and began appearing on GTK and Radio With Pictures. Below Sun L-R – Renee Geyer, Keith Chadwick, Gary Norwell, Henry Coney, George Alamanza, Chris Sonnenberg.

In 1972 she joined the showband Nine Stage Horizon, the flood of US GIs’ into Sydney on R&R from Vietnam, had skewed the local scene towards nightclub venues such as Chequers, The Bourbon and Beefsteak and The Whisky A-Go-Go, these places were a covers wasteland and often featured superannuated visiting American peformers as “stars of the show.” Here she met guitarist Mark Punch, with whom she would establish a successful working relationship, he turned Renee onto American blues and soul music – Aretha Franklin, BB King, Freddie King, Donnie Hathaway, Albert King, Bill Withers, Muddy Waters, and John Lee Hooker – this music would come to define the career hits of Geyer, and she would emerge as the definitive soul/blues diva of her generation. Below L-R – Whisky A-Go-Go, Showgirls at Chequers, visiting US G.I. with some locals. 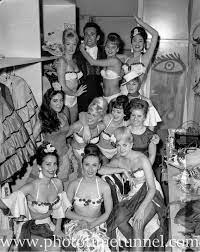 She once described herself in an ABC interview in 2007 as a “white Hungarian Jew from Australia sounding like a 65-year-old black man form Alabama.” Her powerful husky voice would carry her through the course of a music career spanning decades, continents, and genres, and to this day, she still proudly wears a tattoo of her greatest musical inspiration, Aretha Franklin.

Geyer and Punch would jointly form the soul outfit Mother Earth, the band performed regularly in Melbourne and she would ultimately relocate there from Sydney. In 1973 Geyer released her self-titled debut album, but it would not be until a year later, when Renee would release her blistering, soulful debut single, it was It’s A Man’s Man’s World. Below Mother Earth – L-R Mark Punch, Harry Brus, Renee Geyer, Jim Kelly, Russell Dunlop.

Clearly it was risky for Geyer to cover a song so identifiable with the King of Soul Music, she was a white woman and Brown’s original 1966 version was dramatic, explosive and one of the earliest soul songs to connect with white audiences, Percy Sledge’s When A Man Loves A Woman, and  BB King’s The Thrill Is Gone, were others. But Renee has commented that at the time she was motivated to sing this most macho of songs as she hated the obviousness of Helen Reddy’s feminist anthem I Am Woman, and deliberately recorded a song which was not espousing female empowerment nor equality, but quite blatantly about male machismo. 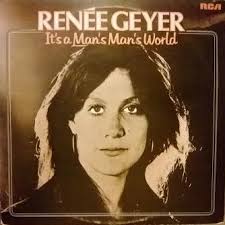 The song’s lyrics have been described as “biblically chauvinistic” as they attribute the significant achievements of modern civilization to man, while almost belatedly recognizing that it would all “mean nothing without a woman or a girl.” Surprisingly the lyrics were written by Brown’s girlfriend, Betty Jean Newsome, who was no doubt reflecting on the inter-gender relations she experienced at the time.This fact would have also resonated with Renee, a Jewish girl whose parents were quite strict, and she knew that women were considered secondary, they were seated well apart from men in synagogues, she saw nothing in Judaism that inspired her, there were no great stories about girls in the Bible, to her it was very much a man’s religion. Below L-R – James Brown (2), centre Betty Jean Newsome. 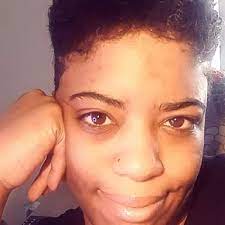 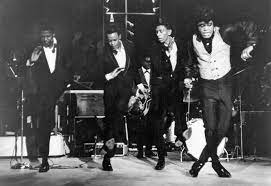 Newsome subsequently disputed the extent of Brown’s contribution to the song and the sharing of royalties, it took several years to write, and over the journey Brown used the music to provide a song for Tammi Terrell known as I Cried and Brown himself recorded a demo version of the song in 1964 entitled It’s A Man’s World, all without Newsome’s permission.

Brown’s backing group The Famous Flames delivered a big brassy sound with trumpets, trombone and saxophone that matched the declamatory soul cadences of James Brown, strings were added, and a female chorus deleted, from the final master, it became a live performance favorite, and Rolling Stone magazine ranked it at #123 in the list of 500 greatest songs of all time.

Renee Geyer’s second studio album was entitled It’s A Man’s Man’s World and the single was surprisingly the second to be lifted off that album, after the first single, What Do I Do On Sunday Morning, completely stiffed on the charts at #89. The album was recorded at Bill Armstrong’s Studio (South Melbourne) and produced by Tweed Harris, former member of the Groove, who had produced Sherbet’s On With the Show album (1973). The session musos included Mal Logan (keyboards), Barry Harvey (drums), Barry Sullivan (bass), and Phil Manning (guitar) who were all Chain alumni, and brought an acutely bluesy sensibility to the recording session. Geyer’s version of the song was devoid of brass but did include a wistful string accompaniment which sinuously wound around Logan’s organ and piano riffs, and the young diva’s powerful vocal interpretation.

Geyer delivered a bravura vocal performance unaccompanied by backing singers, and she infused the song with passion and a sense of quiet desperation, it charted a relatively modest #44, but clearly a new major solo talent had arrived on the scene. Just as Aretha Franklin had claimed Otis Redding’s Respect for her very own, Geyer staked her claim to Brown’s It’s A Man’s, Man’s World as well, Aretha and Renee claimed these songs for women, and in the process imbued them with a smouldering feminism.