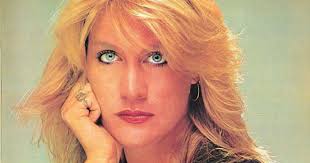 Female R&B/soul icons were thin on the ground in the 1970’s in this country, Wendy Sadington, Alison McCallum, Marcia Hines, Linda George and Bobbi Marchini certainly had their fans, but Renee Geyer had already won plaudits for her moving cover of James Brown’s It’s A Man’s Man’s World. and she was a genuine soul diva at the tender age of 20. Later in 1975 she formed her own collective – The Renee Geyer Band, they were now based in Melbourne, and she moved from RCA to Mushroom Records, and Michael Gudinski’s partner Ray Evans became her manager, after she severed ties with Horst Leopold, her manager from the Sun/Mother Earth days. Below L-R – Ray Evans, Renee, Ian Meldrum.

At the time Mushroom Records and Premier Artists were part of the same corporate group, clustered together in a baroque -Edwardian property at 27-31 Dudley St, West Melbourne, where they neatly bundled up recording, artist booking and management, publicity and finance within one overarching business, and unsurprisingly the internal conflict of interests were extensive. Many performers who emerged from this era claimed that they never got a fair share of the income they had generated – including Renee Geyer. Below- Gudinski, Mushroom Logo, HQ in Dudley St. West Melbourne.

In 1984 Renee would sever ties with Mushroom and Ray Evans, the split was particularly acrimonious with Evans, Geyer alleged that he failed to properly account for and report her finances, deprived her of income earned and ultimately charged her for operating expenses of which she was unaware, lawyers were ultimately required to resolve the matter, and henceforth Renee became her own manager for the rest of her career.

In 1975 Geyer was retained by the Liberal Party to record a song entitled Turn On the Lights which was to form part of their campaign strategy for the upcoming Federal election, Malcolm Fraser had just initiated a move to have the Whitlam government dismissed by the then-Governor- General, the pre-election period was highly emotionally-charged and the sacking of the incumbent Labor government was controversial. Labor had used the song It’s Time as part of their successful 1972 Federal campaign and recruited many high-profile people from entertainment to appear including – Alison McCallum, Bobby Limb, Dawn Lake, Col Joye, Judy Stone, Graham Kennedy, Bert Newton, Brian Henderson, Tony Barber, Jack Thompson, and many others. No doubt Geyer believed that she was doing nothing different when signing on for the gig, as her fellow artists had done three years before, but she under-estimated the backlash from her peers and the general public, her popularity plummeted, and her concert attendances fell away, but she would bounce back three years later when she recorded her second album.

Ready To Deal was recorded at the Armstrong Studios (Melb) with producer/engineer Ernie Rose, the cover art featured a sultry Renee in a low-cut green halter-neck top, surrounded by her fellow band members in an impromptu poker school pose, with Renee holding all the aces. The band was a talented and highly professional outfit, Mal Logan (keyboards), American Greg Till (drums), Mark Punch (guitar), Barry Sullivan (bass), and they took their musical cues from the Average White Band, and Rufus and Chaka Khan.

All but two of the songs were written collectively by the band, who recorded them live, with few overdubs, and the vocals were mostly first or second takes, the creative energy within the group over only three weeks was fantastic, they produced a landmark album that fizzed with the energy of funk, soul, rock, and jazz. The first single released was Sweet Love, credited to the band, and it was grown-up funk and soul, Renee gave an early warning with the opening lines “I just want to populate/You just won’t co-operate/ I don’t want to segregate/ I just want to stimulate…” as Barry Sullivan’s bass, and Mal Logan’s synthy keyboards underscored the exquisitely sexy vocals of Renee, it failed to chart, but deserved to be a big hit.

The second song released had been written and offered to Geyer by her guitarist Mark Punch and the co-composer Gary Paige, although the original recording of Heading In The Right Direction was by Sydney group the Johnny Rocco Band (’75) who featured lead singers Leo de Castro and Wendy Sadington, it had never charted before, nor had it ever been given the full treatment by Geyer and her gifted band.

Paige and Punch had created a genuine funk/soul standard, the arrangement and orchestration were smooth and subtle, tranquil keyboards and soulful flute, saxophone and synth guitar riffs showcased Renee’s vocals to great effect, to take this song into the top 30. A cover version by Atlantic singer Bettye Swann in 1976 featured horns, keys, sax, and bass but without the gliding fluidity of the synths and flute on Renee’s version.

The last single lifted off the album was a genuine soul original entitled If Loving You Is Wrong (I Don’t Want to Be Right.), written for Stax Records by Homer Banks, Carl Hampton, and Ray Jackson it was originally recorded by Luther Ingram in 1972 and became a top 5 R&B hit in the US. The song is about an adulterous love affair, told from the perspective of either the mistress or the cheating spouse, depending on the gender of the performer; regardless, both parties involved express their desire to maintain the affair, while at the same time acknowledging that the relationship was wrong according to conventional moral standards. Renee had been in an affair with a married man before in Sydney, so she understood the conflicted human dynamics involved and she delivered her vocals with fire, conviction, and defiance, but again it failed to chart, and was under-appreciated. The album Ready to Deal climbed to a respectable #21 nationally, Geyer became the first woman in Australia to co-compose and co- produce an entire album, and Punch and Page would go on to write Words Are Not Enough for Jon English, a #6 hit for him in 1978.