In 2015 Tina Arena was inducted into the ARIA Hall of Fame and was joined by The Veronicas and Jessica Mauboy in a rendition of her biggest hit Chains, it was the performance of the night and was subsequently released as a single and charted creditably at #15, but the Veronicas were no closer to releasing their fourth studio album.

To keep faith with their fans they pre-released In My Blood in 2016, a dancefloor electropop banger about falling in love, and the euphoric rush of love at first sight, “We don’t have to wait all night if this is really love/’Cause I can feel you in my blood”. Inspired by the dance-pop of Kylie Minogue it had the same throbbing bassline, synth guitars and percussion, stutter vocals, funky keys, and a cantering beat, while the hooks and robotic rhythms were reminiscent of the seductive minimalism of the twins Lolita from 2012. 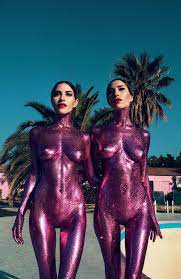 Promotion of this song was innovative and daring, the official artwork featured the girls standing side by side, completely naked and covered from neck to toe in glittery magenta body paint, and they stunned the audience at the 2016 ARIA Awards ceremony when they appeared wearing latex jackets and pants, and removed their tops to reveal that they were topless, but again covered in the same magenta body paint, their performance stole the show. In my Blood became the Veronicas third #1 hit in Aust., #31 in NZ and sold in excess of 140,000 copies, they now looked to follow up with On Your Side, and hooked up with actor Ruby Rose to write and direct the music vid.

The year 2016 would prove to be a pivotal year in the lives of the Origliassi twins, as Jessica reconnected with her former girlfriend Ruby Rose, who had by now achieved global success via her hosting roles on Australia’s Top Model and Network Ten’s The Project, as well as acting stints in Orange is The New Black and a role in the movie Resident Evil (’16). When the pair re-entered each other’s orbits the power differential had shifted in favor of Rose, who was an emerging star in the States and loud and proud about what she described as her genderfluidity, as she parted from her fashion designer fiancée Sophie Dahl in 2015, and headed back into the arms of Jessica. Below Jessica and Ruby, and Ruby with the twins. 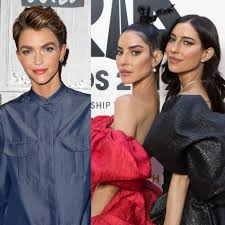 Meanwhile sister Lisa had been dating actor Logan Huffman since 2014 and they would marry in 2018 and set up homes in the US and the Tweed Valley in northern NSW. In 2020 Lisa would conceive an ectopic pregnancy, and sadly their plans to commence a family would be stalled. Below – Lisa and Logan, their wedding in 2018, the lovenest they purchased in the Tweed Valley (NSW) in 2020. 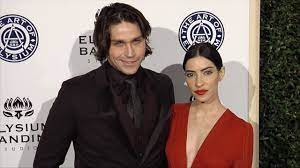 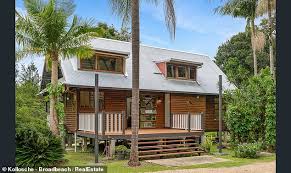 Ruby Rose would write, direct, and star in the promo vid for On Your Side, a song about partners, past relationships, and enduring love, clearly inspired by the re-kindled Jessica/Ruby Rose affair, as Jessicca explained at the time “We have been friends for eight years, a really long time, and it was honestly the craziest thing. We just reconnected over doing this video, she wrote and directed it with us, and we just sort of fell in love.”

Musically the twins were embracing a heady brew of reggaeton rhythms, a blend of reggae, Latin, rap, and hip hop, the music vid created by Ruby Rose was thought-provoking and touched on such issues as homophobia, addiction, and self-harm, but it excluded Lisa, and after all it was a Veronica’s song. The sisters drifted apart, Jessica seemed to isolate herself from her family, and cut herself off from her twin and bandmate, so that by 2017 the pair went into a complete hiatus, after almost fifteen years together, the Veronicas were no more. Below -The twins with their ailing mother Colleen.

Around this time their mother Colleen would be diagnosed with a rare progressive supranuclear palsy, a cerebral disorder that affected her cognitive ability and motor function. Colleen had been the twin’s staunchest supporter from the very beginning and her daughters made her their top priority, writing and recording was deferred, and the next Veronicas album, Godzilla, would not surface until 2021, and six months later their mother Colleen would succumb to her illness.

Ruby Rose and Jessica were partners for two years and despite the two claiming that their split was amicable with no hard feelings at the time, the breakup in 2018 was acrimonious.  A Twitter feud and Instagram spat transpired, Jessica accused Rose of on-line harassment, and sister Lisa traded comments about same sex marriage, for her part Rose denied any malicious harassment, claiming her comments were innocuous and well-intentioned. Jessica commenced a relationship with transgender singer Kai Carlton of the band Mudspitterz, and they were engaged in 2019 but broke off a year later. Below – Jessica and Kai Carlton.

In 2019 the girls signed on to participate in the reality series Celebrity Apprentice on the Nine Network, enthusing that because it was about business and drama, the twins were well-qualified for such a show. But after poor ratings, and before the show had finished airing, the twins claimed that selective editing by the show’s producers had depicted them as villains, misrepresented them and made them appear to be manipulative, in the name of entertainment.  Whilst all that may have beeen true, it was surprising that the twins were unfamiliar with the tropes and tricks of such reality shows, after all the previous hosts of this format included Donald Trump in the States and Lord Alan Sugar in  the UK, neither of whom were less than blunt, and hardly overflowing with the milk of human kindness, regarding their treatment of the show’s contestants.

Godzilla charted #7 and the two singles lifted from it, In My Blood and On Your Side were solid hits for the twins, the advent of COVID and their mother’s illness had delayed the release of their fourth and fifth albums, and only six months after the release of Godzilla their fifth album Human surfaced. It was a contrast from the louder, poppier Godzilla and despite the title it still very much pivoted around electronic/computerized music, a swirling confection of broody, emotive, electropop, synth pop, EDM, tropical house (pop/EDM/steeldrums/synth mashup) and trap (hip hop/synthesized percussion), with lyrics that were more introspective, melancholic, and intimate. 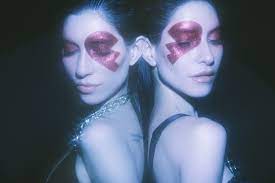 The opening track Without You was inspired by the Jessica/Ruby Rose breakup, “I finally see that I’m enough without you, I have learned to love myself,” the lyrics were raw and vulnerable and defined the essence of a volatile relationship, that ultimately burnt itself out. Think of Me was the first song lifted off the album and it too was a brutally honest breakup anthem which crept into charts at #70 while other singles – Biting My Tongue and Life of the Party, both failed to chart, but the album climbed to #5 for the Veronicas last top five hit, to this time.