Upon their return from London the band resumed live performances and recording, they certainly looked as though they had just landed from Swinging London’s Carnaby Street, resplendent in brocade frock coats, Nehru collars, Sgt Pepper moustaches, and mod hairstyles. The band were optimistic about their future despite the rather dispiriting experience of living through an English winter, in 1967 Glen Shorrock married nurse Sue Doran (67-71), whom he had met at Pinocchio’s.

Glenn was a versatile front man and a gifted cabaret-style performer, his performances with the Twilights often included appearances by his alter ego Superdroop, a bald, overweight super hero who could neither bend steel in his bare hands, nor leap tall buildings in a single bound, as well as uncanny vocal impersonations of Joe Cocker, Billy Thorpe, the Bee Gees, the Easybeats, Johnny O’Keefe, Ross Wilson, and even Tina Turner, his witty stage banter was often directed at his diminutive lead guitarist Terry Britten, who Glenn referred to as “Terribly Brittle”. These pantomime interludes complemented and never detracted from the musicality of the band’s performances, but once Glenn joined the Little River Band, the more sober-minded Graeham Goble and Beeb Birtles, disapproved of these antics, and banned any cabaret elements from the LRB shows.

Young Girl was the Twilights second single in 1967, written by the band’s drummer Laurie Pryor and recorded at the Abbey Road studios in London during the “Hurricane” Smith recording sessions, the song has a wistful melancholic ambience, on which Britten delivered accomplished lead guitar riffs, with innovative use of the variable volume pedal, and the Twilights vocal harmonies were as usual, right on the money.

Lyrically the song is a confession that the protagonist has had underage sex with a young girl, apparently an ever-present occupational hazard for pop stars, who are the target of scheming nymphets, who escape their cages, and latch on to blameless males, as the lyrics aver  “Little girl not too young to play/ Forget her age, she’ll come out her cage and get you/And she got me and she’ll get you/Like she got me/ But she’s oh such a young girl…”. This theme has dominated blues and rock music since Muddy Waters picked up a guitar – Chuck Berry (Sweet Little Sixteen), The Crests (Sixteen Candles), Gary Puckett and the Union Gap (Young Girl), The Knack (My Sharona), Motorhead (Jailbait), Police (Don’t Stand So Close To Me), and Dragon (Are You Old Enough), are but a small selection of those songs who have charted the timeline of inappropriate relations with minors, often to the detriment of all parties, and importantly society’s attitudes have shifted to a more censorious and accountable position, in regard to the protection of children, who are of course legally incapable of giving informed consent.

Whilst in the UK Britten had been exposed to different musical styles and instruments, including the sitar, which the Beatles had introduced to popular music with the song Norwegian Wood, on the Rubber Soul album, quickly followed by the Rolling Stones who recorded Paint It Black, which became the first sitar- influenced rock song to reach #1 in the UK in 1966. The B-side of Young Girl, was Time and Motion Study Man, and it featured a predominant sitar, as would the next Britten composition which would become their third top ten hit. 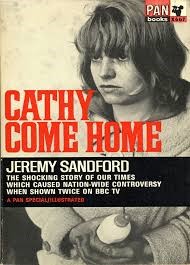 Cathy Come Home was written by Terry Britten and inspired by a 1966 BBC television play by Jeremy Sandford, produced by Tony Garnett, and directed by Ken Loach, about homelessness in the UK. Loach’s cinematographer Tony Im used an innovative hand-held camera technique to take moving action shots and close-ups that gave Cathy the feel of a current affairs broadcast, and a realism that was rare in the stagey British TV drama of the time, Dr. Finlays Casebook, and Maigret for example. Loach’s naturalistic style helped to heighten the play’s impact, many scenes were improvised, and some included unknowing members of the public, such as the final scene in which Cathy’s children are taken from her at a railway station by social welfare workers, but none of the anonymous passers-by intervened. Although the drama was scored by former Manfred Mann lead singer Paul Jones and pianist Michael Giddings, no original theme song was created, so that the song that is played at the beginning and end of the film is a cover version by Sonny and Cher of a plaintive folk song  made famous by Peter, Paul and Mary, 500 Miles.

Britten’s composition was a clever, opportunistic piece of pop, his lyrics capture the pathos of the play which focused on Cathy (Carol White) who leaves home against her family’s wishes, meets and marries truck driver Reg (Ray brooks), has several children, and gradually slides into poverty and homelessness as their lives begin to fall apart, “I’ve found someone to comfort me/ Someone who’ll finally let me be myself/ My mind I think is much too strong/To see the writing on the wall it seems…”

The record and a promo video were issued to favorable reviews, the song charted at #8 but this was to be the last major hit for the band, as their career paths diverged, some of their latter releases were tawdry and unedifying, Bowling Brings Out The Swinger In You, and Sand In the Sandwich  were best forgotten. The band would play their last concert at Bertie’s disco on Jan 1969, their final single 2,000 Weeks was recorded by Terry Britten without the rest of the band.

Glenn Shorrock would become front- man for Axiom and then conquer the US market with The Little River Band. Peter Brideoak became a qualified music teacher, Paddy McCartney is now a social worker in Adelaide, John Bywaters is self-employed and still plays music, and Laurie Pryor played with Chain and Healing Force, but became addicted to drugs and sadly took his own life in 2010.

Terry Britten would enjoy a stellar career in songwriting and production, penning such international hits as What’s Love Got to Do with It (Grammy Award for song of the year 1985, above with Tina Turner at the award ceremony)) and We Don’t Need Another Hero (soundtrack of Mad Max Beyond Thunderdome) both for Tina Turner, Devil Woman and Carrie for Cliff Richard, as well as hits for Meatloaf, Status Quo, Olivia Newton-John, Melissa Manchester, Bonnie Raitt and others. In 2000, Cathy Come Home was voted by an industry poll as the second-best British television program of all time, only just behind Fawlty Towers.