Merv Benton (real name Mervyn Bonson, 1942) grew up in the Melbourne suburb of Reservoir; and after completing his secondary education at Preston High School, was employed as a trainee with the State Savings Bank of Victoria. Merv was an avid fan of such early rockers as Elvis Presley, Sam Cooke, Gene Vincent, Chuck Berry, Little Richard, and Jerry Lee Lewis, and he was inspired to become a singer after attending a 1957 Lee Gordon “Big Show” performance at Festival Hall (Melb), which featured Bill Haley and the Comets, The Platters, and Freddie Bell and the Bell Boys.

Benton worked with renowned Melbourne vocal coach Jack White, who had coached Diana Trask and Helen Reddy, and was also coaching Olivia Newton-John, Normie Rowe and Peter Doyle in the 1960’s. Benton won a talent contest at the Canterbury Ballroom (Melb) in October 1960 and there he met Brian de Courcy for the first time, de Courcy was an influential dance promoter around town and he became Benton’s manager and teamed him up with The Ramrods backing group. They were a regular attraction at the Whittlesea Town Hall and Preston Migrant Centre dances, and in 1964 they went into the W&G studios to record several demos with singer/producer Johnny Chester, backed by Les (guitar) and Albert (keyboards) Stacpool, Frank McMahon (bass) and Mick Lynch (drums).

Merv’s debut single emerged from these sessions and his cover of Elvis Presley’s rockabilly hit Baby Let’s Play House(#5 Billboard Country Chart,1955) became his first chart entry when it hit #17 in Melbourne and #47 nationally, the song featured the lyrics “I rather see you dead little girl than to be with another man…” which John Lennon would later borrow for his Beatles song Run For Your Life (Rubber Soul 1965). Benton followed up in 1964 with a cover of the Eddie Cochran classic, Nervous Breakdown with The Slim Men providing effective Jordanaires-style vocal backing, which was only a moderate hit, similarly his cover of Fabian’s Come On And Get Me in late 1964 stalled at #65 nationally, as the Beatles-led beat boom invaded Australia and the rockers were forced to adapt or find alternative employment. 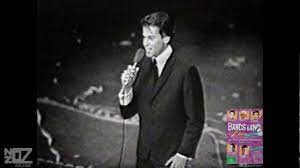 Benton was the epitome of the good-looking, clean-cut pop idol, and being managed by Brian de Courcy, the most influential dance promoter in Melbourne, he was ensured maximum exposure throughout de Courcy’s network of forty different dance locations. Benton enjoyed an amazing run of 12 top 40 hits in Melbourne but was virtually unknown in Sydney despite Bandstand and Sing, Sing, Sing appearances. Being based in Melbourne at this time meant that promising performers like Benton and Bobby Cookson, would struggle to impress in Sydney, where twin-city rivalries at the time tended to polarize markets and influence radio playlists, even though Melbourne DJ Stan Rofe strongly promoted Merv interstate.

Between 1964-67 he had no less fifteen singles released by W&G Records of which three where national top 40 hits – I Got Burned (#18) a former hit composed and recorded by Elvis-sound-a-like Ral Donner in the US, which was also a #13 hit in Melbourne. His next single was the excellent revivalist-tinged Yield Not To Temptation, backed by the Tamlas, and originally recorded by the US soul/R&B group Bobby Blue Band in 1962. Merv’s version featured great organ riffs, lively call and response harmonies, provided by Pat Carroll, Anne Hawker, and Julie McKenna, and extensive brassy orchestration, the sax solo at the bridge was classy and helped to push the song to #29 nationally.

Benton followed up in ’65 with Don’t Destroy Me which was a national #34 hit, as well as a cover of Bobby Freeman’s (I do the) Shimmy Shimmy which stalled at #56, but Merv was invited to join a national tour of local artists dubbed Sounds of ’65, which also featured Billy Thorpe and the Aztecs, Ray Brown and the Whispers, Jade Hurley and Donna Gaye, which was very successful. 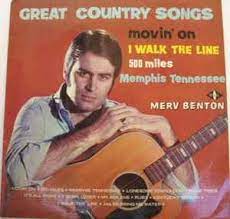 By mid-1966 Benton had developed a throat condition that would ultimately derail his singing career, suffering from polyps on his vocal cords, he submitted to surgery but in those pre-laser surgery times his vocal cords were severely lacerated and after a long period of recuperation, he was no longer able to sing. He returned to a position in public relations with his old employer, the SSB, but would subsequently enjoy a successful career in real estate in Queensland, and in 1991 relocate to live in Phoenix, Arizona (USA), where he developed a chain of child care centres there. Merv recovered from the throat condition that had stymied his career, and he even recorded several country tracks with the Fendermen in the 70’s on album titled Great Country Songs (’70), as well as several rock tunes with the Allstars in the early 80’s. Occasionally he has also returned to Australia and performed at several 60’s heritage rock revival events, and as at 2003 Merv was married with four children.