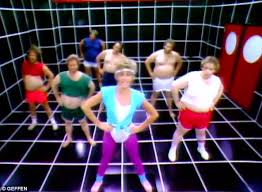 During the 1970’s and 1980’s Olivia Newton-John was one of the most successful female singers in the world, regularly charting top 10 in Australia, the US and UK. 1981’s Physical, co-written by fellow Aussie Steve Kipner (below, ex-Steve and the Board) and Terry Shaddick, presented a raunchier image for Olivia “Neutron-Bomb” as she was dubbed – with her shorter, sporty hairstyle, active wear lycra leotards, leg warmers and the obligatory headband, which all featured in her promotional video for the record.

The song was originally to be offered to Rod Stewart but Aussie expats Steve Kipner and producer John Farrer, who had worked with Newton-John on many of her previous hits, decided it was the perfect record to move Olivia’s image along to something sexier and more edgy, they just had to convince Newton-John that this was the direction she should take. 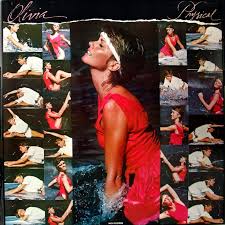 Ultimately the song was recorded in early 1981, it’s bouncy bossa nova beat, synth-laden bass and brass, and an inspired guitar solo by Toto lead guitarist Steve Lukather, propelled the record to #1 in Aust and the US and it sold over 2.5 million copies, sitting atop the Billboard Charts for a record 10 weeks. It also hit #7 in the UK, and was nominated for a Grammy Award that year and was remarkably the biggest -selling record in the USA in the 1980’s. 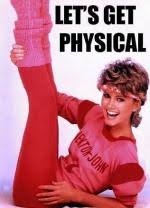 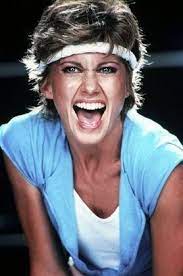 But it could have been so different, just prior to the release of the record, Olivia implored her new manager Roger Davies, to pull the record from circulation, for fear that the steamy lyrics and unmistakable sexual come-on implicit in the whole song, would do irreparable damage to her squeaky-clean image. Olivia had become aware that a singer as earthy and direct as Tina Turner had previously rejected the song on the grounds that it was too obvious and lacked subtlety. But it was too late to back out, the record had already been pressed and released to radio stations , it literally took off and stayed at #1 in the US for ten weeks, making it the longest run by an Australian artist atop the Billboard charts ever. 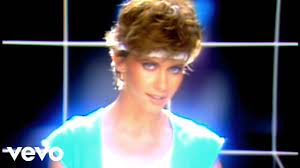 The song was censored in some countries because of its suggestive lyrics – “There’s nothing left to talk about unless its horizontally…”, but Physical was a big dance hit too which crossed over into the R&B charts, and Olivia’s original fan base were joined by a younger, more hip, club dance -oriented demographic that had probably typecast ONJ as a country/pop crossover artist. The promo video was equally impressive and intriguing, and it was released just after MTV commenced operations, they put the footage on high rotation, aerobics were also becoming popular at the same time and this further enhanced the popularity of the video.

ONJ is resplendent in lycra gym gear, encouraging several overweight men to exercise to get into shape, but to no avail, she departs the scene only to return to find that the men have been transformed into musclemen with whom she flirts, but most are revealed to be gay, as they leave hand in hand, while Olivia departs with one of the overweight guys. The shift in focus from sex to aerobics was inspired, and the humor of the clip also dialed down any concerns that the song would become a soft porn anthem, the cameras loved Olivia, and so did the Americans. The video scored a Grammy for Video of the Year (1983), the song has been ranked #1 on Billboard’s Top 50 Sexiest Songs of all Time and #6 on the Billboard All Time Top 100 songs. 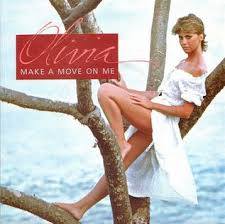 The second single lifted from the Physical album was another playfully sexual number entitled Make A Move On Me, written by long-time ONJ collaborator John Farrar and Tom Snow, who had written hits for the Pointer Sisters, Linda Ronstadt, and the hit You for Marcia Hines.

The song was also a dancefloor hit, the use of synthesisers was effective, and the video was shot in a crowded nightclub, Livvy is sexy and by now she was happily embracing a catchy blend of adult contemporary grooves with dance-pop, the song charted #5 in the USA, #2 in Canada, #8 in Australia, and #1 in Sweden, for another million-seller.

By this time Olivia had emerged as a confident and engaging live performer and recording artist, the nervous, stressed, young singer who feared that she would forget the lyrics to her songs, and regularly vomited before going on stage, had now appeared solo at the Metropolitan Opera House in New York City and was praised. Her light soprano voice had always had an attractive breathy , husky , quivering quality to it, but by now she had also added impeccable range and control, pitch and phrasing, to her impressive performance repertoire.