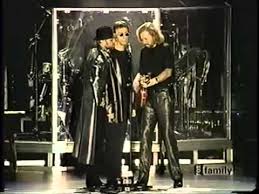 Following their initial assault on international charts between 1967 to 1971 the Bee Gees endured three hitless years in the UK and USA from 1972 – 1975, but the more R&B/soul-flavored albums Main Course and Children of the World produced two US #1 hits in Jive Talkin’ and You Should Be Dancing. The success of these albums would ultimately be dwarfed by the phenomenal 25 million- seller disco classic Saturday Night Fever.

There was however a considerable backlash after the phenomenal success of Saturday Night Fever,so the brothers had kept active by writing and producing hits for other artists, and unsurprisingly they were prodigious and diverse hitmakers, writing/producing a string of hits for others including – Samantha Sang (Emotion ’77), Andy Gibb (I Just Want to be Your Everything ’77, Shadow Dancing ’78), Frankie Valli (Grease ’78), The Marbles (Only One Woman’77), Graham Bonnet (Warm Ride ’78), Yvonne Elliman (If I Can’t Have You ’78), Barbra Streisand (Woman In Love and Guilty ’80), Diana Ross (Chain Reaction ’85), Dolly Parton and Kenny Rogers (Islands In the Stream ’83), Dionne Warwick (Heartbreaker ’82).

Over the years fans had read doubles entendre into the titles of many Bee Gee songs including How Deep Is Your Love, More Than A Woman, Love You Inside Out, and Fanny (Be Tender with My Love) which had sometimes been interpreted as being for the benefit of or at the expense of their gay admirers. But more specifically the Bee Gees had also worked on a secret side project entitled The Adventures of Sunny Jim, over some time. This collection of songs, comic monologues, and Goonish humor, chronicled the R-rated adventures of the main protagonist, in a similar vein to the ribald recordings of “Derek and Clive” by Peter Cook and Dudley Moore. These recordings have never been heard, and most likely will never be released, unless bootleg copies leak out. The title may have been borrowed from a cartoon character called Sunny Jim which was used to market Force Cereal products, but the content would have been completely unrelated to the Force character 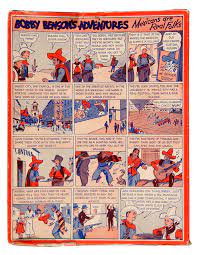 The brothers had also collaborated on a soundtrack to a sequel to Saturday Night Fever, imaginatively entitled Stayin’ Alive, directed by Sylvester Stallone, whose brother Frank also contributed songs to the sound track. The sequel again starred John Travolta as Tony Manero and featured five new Bee Gees songs, there were no single hits from the soundtrack, The Woman In You peaked at #73 on the local charts, but the film’s soundtrack album did good business internationally shifting 4.5 million units on the strength of the original blockbuster. 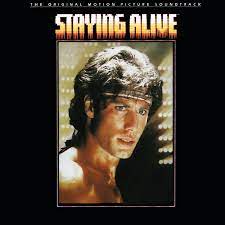 In 1987 they were reunited with producer Arif Mardin in Miami, where they had first found their funky R&B dance groove in the 70’s, the Bee Gees still craved success in their own right, and not just via the hits they had written for others, the ESP album was the result, and the first single released from the album in August 1987, was You Win Again. 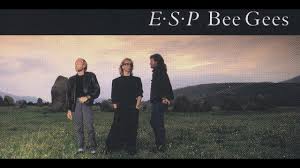 The title was the same as a Hank Williams song although the brothers were originally unaware of the Williams composition and were more concerned that their title was perhaps too similar, to a 1977 hit by UK’s Hot Chocolate – So You Win Again. 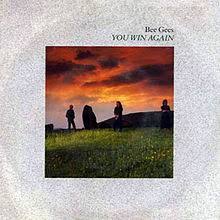 The song featured truncated verses, dramatic key changes, codas, ad-libs, lead vocals by Barry who also composed the melody, synthesizer by Robbie Kondor, and a stomping percussion developed by Maurice Gibb and drum programmer Rhett Lawrence, who had demoed the drums in Maurice’s garage. Warner Bros. did not approve the mix, as the Bee Gees had not previously featured dominant percussion on their singles, but the brothers fought to retain the sound, which became the most distinctive feature of the track, booming out at the opening to the song. Phil Collins was so impressed with the stomping percussion that he asked Maurice for a copy, and it and variations of what became known as gated reverb, duly appeared on Collins many hits throughout the eighties.

The monochrome promo video for the song featured the brothers in a studio sharing a microphone, Barry’s beard and ponytail, Robin’s mullet and beret and Maurice’s designer stubble, were all very 80’s chic. By now the brothers were estranged from Robert Stigwood and litigation over unpaid royalties and attempted unfair restraint of trade related to the single Chain Reaction for Diana Ross, was in train, the matters were the subject of an out-of-court settlement and the warring litigants had parted company in 1981, with the Bee Gees moving onto Warner Brothers and then Polydor.

The song was an international hit, #1 in the UK and throughout Europe and top ten in Aust, selling 1.5 million copies, however the disco backlash still stymied the band in the US and You Win Again stalled at #75 there, but they would return to the top 10 in the States in 1989 with One. 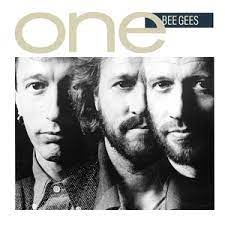 The success of You Win Again in the UK meant that the Bee Gees were the only band to have UK #1 hits in three consecutive decades – 60’s, 70’s and 80’s- and only Lennon and McCartney had written more US #1 hits than the Gibb brothers. Below-Attending Andy Gibb’s funeral. 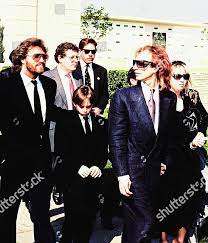 The recording session for ESP was again punctuated by discord between Barry and Robin, Maurice continued to pacify his siblings long enough to complete the album, but the death of their younger brother Andy the following year caused Maurice to resume his heavy drinking. Touring was becoming less feasible due to Barry’s severe arthritic back condition, so their live commitments were limited and became increasingly so in the future. Below – Molly and Robin with their children Spencer and Melissa 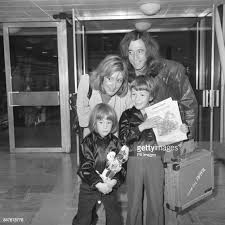 By the early1980’s Robin’s amphetamine addiction peaked and at times he was a threatening, rageful, paranoid personality, wife Molly and their two children had left him, he stalked and harassed Molly and warned her that he had “taken out a contract on her”. He was also giving full vent to his unusual and unquenchable appetite for deviant sex, and the FBI were investigating him. Below- Robin and his second wife Dwina were married in 1985. 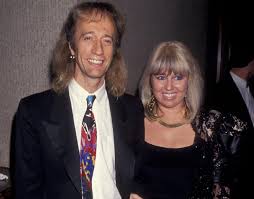 He would meet his future second wife Dwina Murphy around this time, they seemed to be in an open relationship, which they both discussed candidly in the media. Robin’s divorce from Molly was completed in 1980, and in February 1983 Dwina and Robin had a son, Robin-John, two years later in 1985 they were married. Dwina advised the media that their wedding date was propitious because it aligned with Lughnasadh, a Gaelic harvest festival, Dwina further claimed to be a Druid princess, and then proceeded to convert the tennis court of their thirteenth century medieval pile, Prebendal in Oxfordshire (UK), into a miniature Stonehenge, the UK tabloids simply portrayed her as a “New Age eccentric” Below- Robin and Dwina at Prebendal. 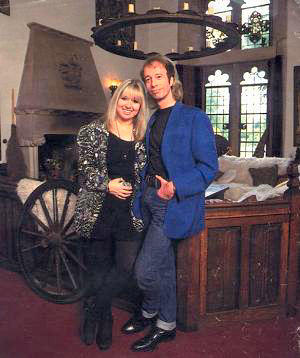 Dwina was very liberated and embraced both male and female lovers outside of her marriage, this seemed to be a mutually-convenient arrangement for the two, until Robin announced that their housekeeper Claire Yang, had given birth to her and Robin’s daughter, Snow Robin in March 2012. A druid princess spurned was however not a pretty sight, Dwina was incandescent with rage, accused Robin of betrayal, and barely agreed to allow Robin to install Claire and baby Snow in a nearby farm, where he would be able to make conjugal visits. Below Robin, Claire Yang and baby Snow Robin. 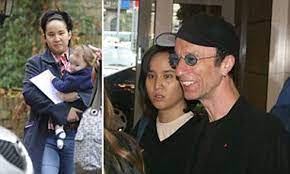