In one of the great transformations in Australian rock history, a hard-working Sydney pub rock band known as the Cockroaches, who had released nine singles and two studio albums, including a top ten hit with She’s the One in 1987, ultimately re-invented themselves as the colour-coded Wiggles, who would become one of the most popular children’s music groups in the world.

The Fields were a family of seven and parents Marie and John settled in Kellyville in the north-western suburbs of Sydney, the boys attended the Marist Brothers St. Joseph’s College, and were raised as strict Catholics. 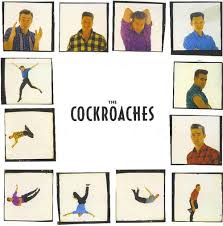 The Cockroaches became very active on the Sydney beer barn circuit in the 1980’s, gigging at the Strawberry Hill Hotel (Elizabeth St), the Time and Tide Hotel (Dee Why), and the Heritage Hotel (King’sCross). Their first single Wait Up was a minor hit (#29 in ’86) but their eponymously-titled debut album released in 1987 was a very creditable #9 hit nationally, as was their third single, She’s The One, written by John Field, with Paul Field on lead vocals. The two were different personalities, Paul was very serious and focused and a solid rock singer with an energetic and acrobatic stage persona, while John was more carefree, and charismatic, and the acknowledged spiritual leader of the band, ironically neither would become performing members of the Wiggles in the future. In the burgeoning drugs scene of the ’80s, the Cockroaches were the clean-cut choirboys of the rock scene, She’s the One was a typical teenage crush, radio-friendly pop song, about hooking up with a girl, it was bouncy, poppy, and the lyrics were pretty banal, “hey let’s go…” (32 times) , “she’s the one… ” (28 times).

The band cited their early influences as being R&B groups and particularly the Rolling Stones, but there is little evidence of such gritty R&B influences in She’s the One, which epitomized a fierce tenacity and unflagging self-belief, despite little evidence of lyrical dexterity or musical creativity. But they persisted and had three more minor chart hits, a cover of the Swinging Medallions A Double Shot (Of My Baby’s Love) (#34), Hey What Now! (#34), and You and Me (#43), but a succession of poorly received singles and albums ultimately caused the band to re-consider their future career options.

In 1991 Anthony Field founded the Wiggles with fellow Early Childhood undergraduate students at Macquarie University, Murray Cook (ex-Bang Shang a Lang), Greg Page, Phillip Wilcher and former Cockroaches bandmate Jeff Fatt. Paul Field would move from performing to management of the Wiggles while his younger brother John continued to write songs for the group, and their younger brother Anthony assumed leadership of the Wiggles. Above L-R Rear- Anthony, Murray, Greg; and Front Philip., and Jeff.

Whilst still students Anthony, John, Murray, Greg and to a lesser extent Jeff wrote or adapted the twenty-six racks on the band’s debut album (above), they drew inspiration from early childhood principles of communication and interaction, limited track times to mostly under 2 minutes in recognition of the concentration span of preschoolers, and dedicated the album to Paul Field’s daughter Bernadette, who had died of SIDs in 1988.

The recording of their album was completed on a shoestring budget in a home studio, the promo video was shot by the band and recruited friends and relations as cast members. ABC TV completed the final production, the old Cockroaches song Mr Wiggle’s Back In Town became Get Ready To Wiggle, so-named because that was how the band described the way children danced, and it became the band’s new name.

The Wiggles also proved to be artful recyclers of former Cockroaches songs, adapting them for a more juvenile audience, Summer Dance became Archie’s Theme, Hot Tamales became Hot Potatoes, Another Saturday Night became Dorothy the Dinosaur’s Song, and rather than focus on hot love and teenage lust, they pitched their simple chorus/verse songs about cold spaghetti and fruit salad, to preschoolers, who lapped them up, and some songs, such as Do the Monkey, required little modification to make the transition.

The group started performing at day care centres, shopping malls, small preschool events and parties, playgroups and at nursing mothers’ association functions, often sharing the proceeds from their shows with these groups. In 1993 Field, Cook and Page left teaching and along with Jeff Fatt became full-time entertainers, Wilcher left for a career in classical music, and Mike Conway replaced Martin Fabinyi, who had been their manager since the Cockroaches days. 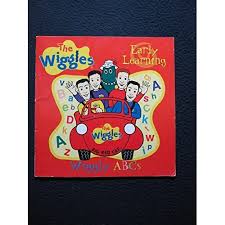 Anthony Field was the leader and creative force within the group, all band members adopted colour-coded skivvies – yellow (Page), red (Cook), purple (Fatt), and blue (Field), and the group quickly moved to commercialization of their brand, via intensive touring, videos, TV programs, books, Wiggles merchandise, live streaming, and by 1998 they had cracked the giant US market, and the holy grail of kid’s entertainment – Disney. 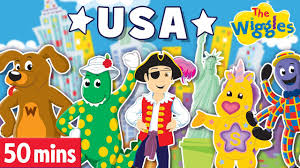 Anthony Field experienced both physical and mental health problems during this period, he had injured his back during a stint in the army in the period 1982-85, and by the mid-late 90’s was suffering from chronic pain, depression, anxiety, and was even suicidal, he seriously considered leaving the Wiggles. The workload through the early 2000’s was intensive, they were fronting 520 shows a year internationally, and their annual earnings peaked at A$45m per annum, but due to ill health Greg Page left the group in 2006, and was replaced by new lead singer Sam Moran (extreme right below).

In 2011 Jeff Fatt had a heart attack and took a year off to have surgery and recover, but a year later Page returned to claim his yellow skivvie, and Moran was sent packing, his treatment was seen as heavy-handed and confusing for both the fans and the parents of their audience. But things got worse in 2013, when three of the original Wiggles retired simultaneously – Fatt, Page, and Cook were replaced by Lachlan Gillespie, Emma Watkins, and Simon Pryce respectively, and rather pointedly Moran was not invited to rejoin the group, he was clearly not regarded as a good fit within the established Wiggles hierarchy. Below- Emma Watkins (x2), Centre L-R Anthony, Emma, Simon, Lachlan 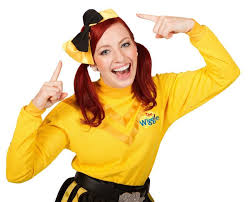 The emergence of Watkins, the first-ever female Wiggle, as the star of the show was stunning, she grew the female fan base enormously, and “Emma’s Army” of toddlers emerged as a marketing powerhouse within Wiggles Inc; she became engaged to fellow Wiggle Lachlan Gillespie and they were married in 2016 but sadly separated in 2018. The advent of COVID forced the Wiggles to stop touring and lay off many of their support staff, in 2020 Anthony dramatically had a cardiac arrest whilst performing and had to be revived on stage. But he returned to the Wiggles fold and by 2021 they were performing a mashup version of Tame Impala’s Elephant with their own song Fruit Salad which topped the Triple J Hottest 100 list for 2021, but Emma Watkins hung up her yellow skivvie that year and returned to further studies, and later married musician Oliver Brian in 2022. 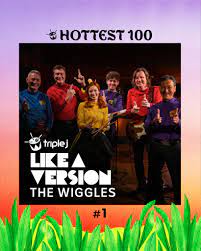 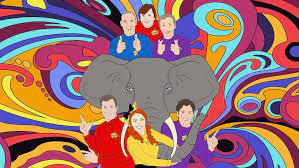 Recently the group celebrated their 30th anniversary with the release of a tribute album titled Rewiggled, which became their first album to debut at #1 on the ARIA charts, there were also big personnel changes which reflected greater ethnic and cultural diversity within the Wiggles. Evie Ferris, Kelly Hamilton, Tsehay Hawkins (Emma’s replacement), and former Justice Crew member John Pearce were all recruited. The original Wiggles had already been inducted into the ARIA Hall of Fame in 2011 along with Kylie Minogue, and in 2022 Rolling Stone magazine acknowledged their musical cred and featured them on the cover of their September issue. Below- Emma, Tsehay, Anthony, John, Simon, Kelly, Lachlan, and Evie. 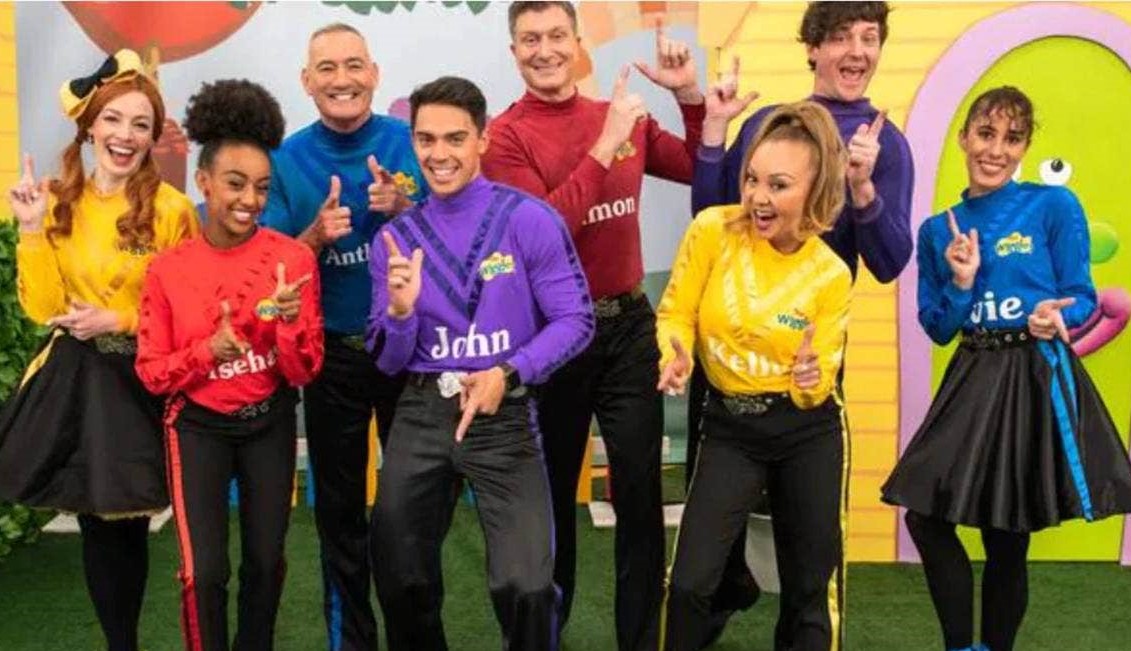 The Wiggles are one of the most prodigious and successful performing artists in Australia with 59 studio albums,3 live albums, and 9 compilation albums to their credit, and have notched up sales of 30 million albums and DVDs, 8 million books, and 2 billion views on YouTube. They have cleverly expanded their cast of characters to continue to engage and delight their fans- Captain Feathersword, Dorothy the Dinosaur, Wags the Dog, Henry the Octopus, and the non-binary Shirley Shawn the Unicorn. Their hit songs have become preschooler anthems shared by young children and their parents alike, including Fruit Salad, Hot Potatoes, The Monkey Dance, The Shimmie Shake, Get Ready to Wiggle, Can You Point Your Finger and Twist, Do the Propellor, Toot, Toot, Chugga Chug, Big Red Car, and Wake Up Jeff!!

They are the most popular children’s entertainers in the world and have continued to evolve and adapt as an international recording and performing phenomena for over three decades. The ownership of their brand remains tightly held, with original Wiggles Anthony Field (30%), Jeff Fatt (30%), Murray Cook (30%), Paul Field (5%), and their manager Mike Conway (5%), continuing to pull the strings, and resist any “wiggly” invaders or competition.  Below centre – New Wiggle Tsehay Hawkins with Dorothy, Wags, and Henry. 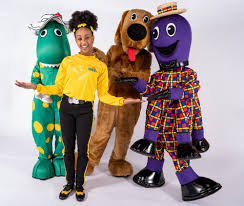 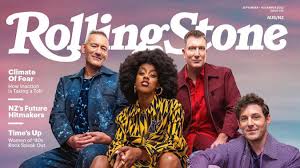