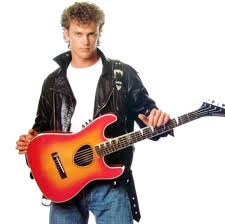 Craig McLachlan (1965) first appeared on Australian television in a guest role on the Young Doctors, then segued to the cast of Neighbours as the hunky, lovable larrikin Henry Ramsay, brother of Kylie Minogue’s character Charlene. He appeared in 800 episodes and won the Gold Logie Award for Most popular Personality in 1990, he subsequently moved across to the Seven Network’s Home and Away, where he played the role of schoolteacher Grant Mitchell. Below L-R Craig as Henry Ramsay in Neighbours. 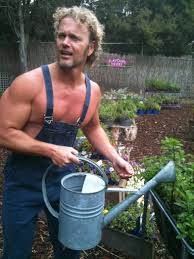 By 1990 McLachlan with his band Check1-2 was enjoying a concurrent pop music career, boosted by his Neighbours exposure both here and especially in the UK, and he took his re-make of the Bo Diddley song Mona all the way to #2 in the UK.  Below Bo Diddley

In 1957 Bo Diddley (real name Otha Ellas Bates McDaniel) who wrote songs under the pseudonym of Ellas McDaniel, penned a song called Oh Mona after he was inspired by a performance from an exotic dancer by that name who worked at the Flame Show Bar in Detroit, which Bo Diddley frequented. The song became the B-side to his 1957 record Hey! Bo Diddley, which famously revealed his much-imitated five-accent hambone rhythm which became the chugging cornerstone of many rock, pop and hip- hop songs over the next sixty years. Below- L-R Craig and Check 1-2, Mona Artwork, Garth Porter producer. 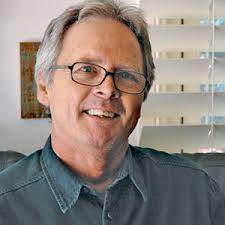 Thirty-three years later actor/singer/musician Craig McLachlan and his band Check 1-2 were working with their record producer, former Sherbet songwriter and keyboard player, Garth Porter, in Sydney to record an Ace Frehley (former Kiss) song called New York Groove for their debut release. As they jammed and improvised, they stumbled onto the famous Bo Diddley rhythm, and Porter realized that they were playing Diddley’s Oh Mona. At the end of the session, vocals had been added, the Frehley song pigeonholed, and a future international hit, Mona, was ready for release.

The song had previously been covered by some great bands – the Rolling Stones, the Grateful Dead, the Troggs, Bruce Springsteen – so the challenge for McLachlan was to bring this 1950’s rock song up to date with a fresh treatment, that would retain the chugging authenticity of the original, but with a contemporary sheen and vitality, that would reinvigorate but not necessarily re-invent it. Wisely Porter and the band kept it simple, the original guitar riffs prevailed in both the acoustic guitar intro and later when electric lead guitar kicks in and is featured in a solo at the bridge, the repeated chorus of “Hey Monah (ooh-ooh)/ Ooh Mona (ooh-ooh) ” anchors the song and carries it beyond the banality of the original verses “Tell you Mona what I want to do/ I’ll build a house next door to you/ Can I see you sometime/ We can go kissing through the blind”.

The promo video featured McLachlan and the band arriving in the back of a ute to perform at a country gig, girls dance around, the performance ends and the band piles into the back of the ute and departs – they kept it simple, and cheap. Mona, the accidental hit, charted #3 in Aust, #2 UK, top 10 in Ireland and Belgium, and #16 NZ, it was awarded the ARIA for Biggest Selling Song of the Year in 1990. Below McLachlan x2. Burt Lancaster and Deborah Kerr in From Here to Eternity. 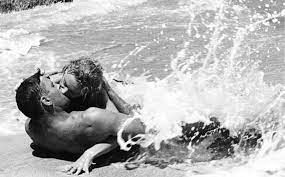 He quickly followed up with the self-penned synth-pop hit Amanda, which was a rollicking, good-time ode to the object of his affections, played in the accompanying music vid by Naomi Watts, who was a fellow cast member of McLachlan’s in the soap series Home and Away. Band members were Craig (guitar/vocals), Mark Beckhouse (bass), and Mark Meyer (drums), with studio contributions from Garth Porter and Chong Lim on keyboards, John Clark (percussion), and John Farnham’s go-to backing singers Lindsay Field and Lisa Edwards. As the vid ends the couple re-created the surf and sex scene from Here to Eternity, originally performed by Deborah Kerr and Burt Lancaster in the movie.

Amanda charted #29 here and #19 in the UK, their eponymous debut album, climbed to #10 in the UK, #5 locally, and charted for 18 weeks. Other hits for Craig and Check 1-2 included On My Own (#23 Aust, #59 UK), One Reason Why (#57 Aust, #29 UK), and a duet with Deborah Gibson, his Grease co-star in London, with You’re The One That I Want, which was a #13 hit in the UK. McLachlan’s film and TV credits were quite prodigious throughout the 1990’s and 2000’s both on the West End in London (Grease) and locally in The Rocky Horror Show, Chitty Chitty Bang, Bang, White Christmas, and Chicago. Below L-R – McLachlan as Dr. Frank’N’ Furter, Craig and Grease co-star Deborah Gibson , McLachlan on stage with “Brad and Janet” – Rocky Horror Show

In 1993 McLachlan would debut his starring role as Frank -N-Furter in the stage musical version of the Rocky Horror Show and reprise that role many times over the next twenty years. He also starred in the Australian TV drama series The Doctor Blake Mysteries, where over four seasons he imbued the central character of Dr. Lucien Blake, with greater gravitas and nuance than previously seen in roles by McLachlan, and it became a ratings winner. In 2018 three actors alleged that McLachlan had acted inappropriately towards them during 2014’s performances of The Rocky Horror Show, Victorian police subsequently charged the singer with ten counts of indecent assault, he went to trial in 2020, and was ultimately found innocent of these charges.  Below L-R Craig and Dr. Blake Mysteries co-star Nadine Garner, McLachlan’s Indecent Assault Accusers Erika Heynatz, Angela Scundi, and Christie Whelen-Brown, Newspaper Coverage of the Proceedings. 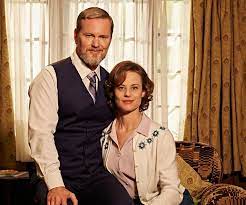 McLachlan has been married twice, in 1986 he wed his high school sweetheart Karen Williams but parted after a year, he subsequently married his Neighbours co-star Rachel Friend (1998-99), and he has also fathered a son, Jacob McLachlan (2000), with British actress and voice artist Charlotte Avery, since 2009 his partner has been opera conductor Vanessa Scammell. She has accompanied McLachlan to all the courtroom appearances relating to the indecent assault charges and subsequent litigation by McLachlan against the ABC and Nine newspapers regarding alleged biased reporting of the original case, an action which McLachlan later discontinued, after several fellow actors – Tamzen Hayes and Anna Samson of the Dr. Blake Mysteries series, and Tegan Wouters,of the Rocky Horrow Show – also alleged that McLachlan had sexually harassed them. Below L-R – Craig and Rachel Friend, Charlotte Avery, Craig and Vanessa Scammell.