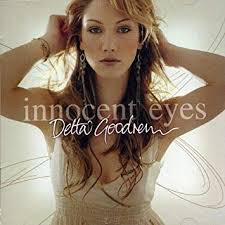 The sacking of Glenn Wheatley in 2003 by Lea Goodrem, Delta’s mother, supposedly because he was spending too much time promoting John Farnham, to Goodrem’s detriment, was harsh. Delta had just completed one of the most amazing debut chart performances in Australian recording history, the second most successful local album ever with Innocent Eyes, clocking up local sales of 1.2 million, only just behind Farnham’s Whispering Jack, over 4 million album sales globally, plus five consecutive #1 singles from her debut album for the first time in Australia and massive market penetration overseas, albeit not in the huge US market.

At the ARIAs that year Delta Goodrem won four awards, she thanked “my Sony family” and then “Glenn” in an aside, Wheatley was crushed and distraught. He may have ruefully reflected, at this time, on the famous Hunter S. Thompson description of the recording industry “The music business is a cruel and shallow money trench, a long plastic hallway where thieves and pimps run free, and good men die like dogs. There’s also a negative side”.

Delta Lea Goodrem was born in Sydney in 1984 and thirteen years later she submitted several demo tracks via the Sydney Swans AFL Football Club, to one of their Directors, Glen Wheatley, who was also the manager of LRB and John Farnham. Wheatley signed her to an artist development contract with Empire records and introduced her to record producers Paul Higgins and Trevor Carter.

The precocious thirteen-year-old was taking her initial musical cues from the Spice Girls, Britney Spears, and Mandy Moore, and she completed her debut album, Delta, in 2000. She was only fifteen years old, the record has never been released, and has been the subject of litigation between Goodrem and her producers and management ever since. Glenn Wheatley has admitted that his first assessment of Delta Goodrem was that she was very young and therefore immature, possessed a potentially great voice, lacked the kittenish sex appeal of a Britney Spears, and her mother Lea was very involved in the management of her daughter’s career, always a potentially problematic variable when charting a course for a young and gifted performer.  In 2003 Wheatley would realize just how much control Lea had when she personally sacked Wheatley as Delta’s manager and took over the reins herself.

At fifteen she was signed to Sony Music, two years later she was playing the role of Nina Tucker, a shy schoolgirl and aspiring singer, in the TV soap Neighbours, in a customized role where art was imitating life, to a script devised by Glenn Wheatley.

Her debut single in 2001, a dancefloor diva pop confection entitled I Don’t Care, flopped at #63 and caused the Goodrem team to re-evaluate her future musical direction. At this time the Neighbours role was giving Goodrem valuable exposure locally and in the UK where the TV soap had a huge audience of 13 million viewers every evening. Goodrem also made the smart move to place herself at the piano for future appearances and videos and leave the dancefloor antics to others with a little more fluidity and animal grace.

Innocent Eyes would be one of the most stunningly successful debut albums ever recorded by an Australian artist, released in 2003 it went straight to #1 in Australia, #2 in the UK, #6 in NZ, top twenty in six European countries, sold 4.5 million copies worldwide (1.2million in Australia alone) and is the sixth largest-selling album in Australian history.

The first single released from the album was the piano-based ballad Born to Try, co-written by Goodrem and Audius Mtawarira, a Zimbabwean singer-songwriter who lived in Australia in 1996-2012, and who had also written songs for Jessica Mauboy, Paulini and Ricki-Lee Coulter.

Lyrically the song is about finding your way in life, ignoring the naysayers, taking chances and following your dream, it has an autobiographical verisimilitude about it “Be wrong or right/ Sometimes you’ve got to sacrifice the things you like/ But I was born to try.”

Like many of the songs on her debut album, Born to Try aspires to authenticity, credibility and dramatic structure via a soft piano intro and plaintive vocals, building to a more emotional and impassioned delivery, as the synth-inflected rhythms increase in tempo and the orchestration swells and Goodrem’s crystalline soprano carries the song forward. She has said that this was the quickest she had ever written a song, that Audius Mtawarira played a few chords and she sang the whole song in one take, the lyrics naturally emerged, it was a magical creative moment for Delta.

Richard Sanford not Delta played piano in the session, and Russ DeSalvo played acoustic and electric guitars and synths, it was recorded at the Cove City Sound Studios (New York), and was Goodrem’s first #1 hit single and stayed on the charts for 32 weeks.

It was also an international hit, #1 in NZ, #3 in the UK and top 20 throughout Europe, it was awarded ARIAs for Best Single and Best Breakthrough Artist in 2003, the promo video featured footage shot in Helsinki as well as Delta performing at the piano and was generally praised.

Delta would subsequently take four more songs from her debut album to the top of the charts in 2002/03 – the lover’s lament Lost Without You, an autobiographical glimpse of her family life in Innocent Eyes, the more dramatic Not Me, Not I, and an animated and angry Delta spurning a faithless lover in Predictable.

Delta would be diagnosed with Hodgkin’s Lymphoma but subsequently make a successful recovery, the physical and psychological therapy she would undertake in the future would impact on her life and her songwriting in a positive way, and she would continue to dominate the charts throughout the decade and hit the #1 position another four times