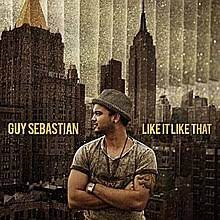 By the time Sebastian had released his third album, Closer to The Sun, it had become obvious that he was dealing with various personal and creative issues. A serious case of writer’s block and a sense of insecurity, not unfamiliar for Idol success stories, was troubling him, he was feeling the stress of sustaining career momentum when the initial Idol-industry support and fan adulation had ebbed away, which was forcing him to seriously question whether he still craved a future in the music industry. 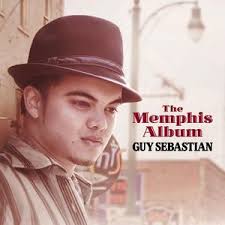 It came as no surprise when Sebastian decamped to Memphis in 2007 to rediscover his mojo, to immerse himself in the sounds of the great soul and R&B legends responsible for the timeless hits of Atlantic and Stax/Volt in the 1960’s. This music had been Guy’s youthful inspiration and he needed a soul transfusion from its very source.

A covers album of some of the greatest soul records of all time was risky for Sebastian, original hits like Respect, In The Midnight Hour, Soul Man, Hold On I’m Coming, Knock On Wood, (Sittin’ On) The Dock Of The Bay, are so well known and revered, infused with the earthiness, anger, carnality, hope, lust, joy and sadness that only an artist who has lived the lyrics would know, was really rolling the dice. Could a Malaysian-born Idol winner from Adelaide invest these songs with the same passion and pain as their originators had over 50 years ago? 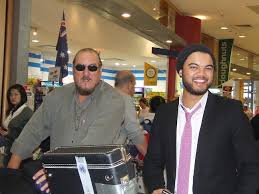 The album was recorded in Ardent Studios in Memphis and produced by Sebastian and the legendary guitarist/songwriter Steve Cropper (above with Sebastian), the cream of Stax musicians were also assembled – The M.G.’s formerly known as Booker T. and the M.G.’s – Donald “Duck” Dunn (bass), Steve Potts (drums) and Lester Snell (keyboards, horns) and other luminaries re-booted the classics, the tracks were recorded “live”, reminiscent of the 1960’s,  when only two or four track recording technology was available. 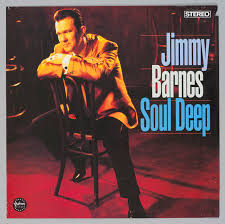 The album was generally well-received, it charted #4 locally but no singles were released, technically the music was impressive, melodic horn lines, sinuous bass, organ, and guitars were underscored with a driving drumbeat, and Sebastian’s vocals were respectful, nuanced, and effective, in a way that Jimmy Barnes Soul Deep covers of the same songs over a decade before, were not. But Memphis soul belonged to another era, music that was colored by the racial tension, economic hardship, and institutionalized injustice that its creators didn’t just imagine, because they had lived it, and that was what Guy Sebastian’s album, for all its good intentions, could never capture. 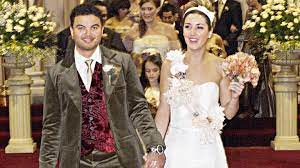 In 2008 Guy Sebastian and Jules Egan would marry, they had been childhood sweethearts since the age of thirteen, when they both attended the Paradise Community Church in Adelaide, and had famously declared that they would remain virgins until their nuptials. Whilst on their honeymoon Jules brother Andrew Egan committed suicide leaving a wife and two children, Guy and Jules and their respective families would take time to grieve and deal with the loss, and gradually Guy went back to commencing the recording of his fifth album.

After two years without a hit single, in 2008/09 Sebastian returned to the recording studio at Edensound (Melb) with US R&B performer David Ryan Harris (John Mayer, the Neville Brothers, Santana), and Fredrik Odesjo (aka Fredro) Swedish songwriter/producer who had worked with Marvin Priest, Jessica Mauboy and Holly Valance, to put down his fifth album, Like It Like That, and the title track was the first single released.

It was an ebullient and highly infectious song, handclaps, flute, tinkling keyboards, bass, and guitar combined to deliver a fuller more convincing soulful sound, but despite Guy’s pilgrimage to the US heartland of soul, it was still pitched squarely at the dancefloor with its insistent technobeat and sing-a-long chorus. The singer’s appearance was evolving as well, to embrace a more “bad boy” image, the Afro was gone, he looked trim and ripped, there were tattoos, designer stubble, and more body piercings, but for all that he would always struggle to convince fans that he was anything other than a nice guy with some try-hard tatts. The song took him back to #1 and his follow up single, Art of Love, featured a duet with former American Idol winner Jordin Sparks, on a soulful ballad, where the video, shot in the US, depicted the loved-up couple declaring their devotion to each other via mobile phones, how very millennial. 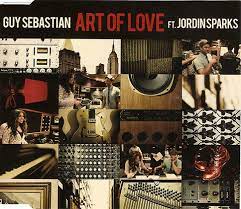 Art of Love climbed to #8 locally and #7 in NZ, he would become a regular member of the judging panel on X Factor in the future and released his first “biggest hits” compilation album in 2010 titled Twenty Ten, which charted at #4 nationally.

Who’s That Girl was the only single lifted off Twenty Ten when released, the song featured Guy and US rapper Eve (Eve Jihan Cooper) who also composed the rap insert, and appeared in the accompanying music video as part of “ghostly” duet with Sebastian. The song was influenced by the recent hits of David Guetta and the Black- Eyed Peas, and with Sebastian’s trademark catchy melodies and hooky lyrics it became an instant dance floor banger, and one of his biggest hits. His vocals were convincing and assured, and Eve was an impressive rapper, who would also duet with Gwen Stefani, Alicia Keys, and Faith Evans on future recordings. The song hit #1 on national charts and sold over 350,000 copies, it was also awarded the 2011 APRA Award for Urban Work of the Year.