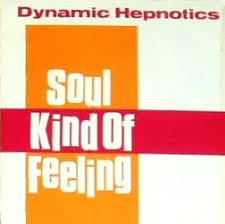 “You might be sittin’ alone in your room/ Or at a party with people you don’t know/ Ah then you hear a familiar tune/ And you now-ow that ver-ery soon/ You’ll be movin’ – movin’ on your own”, and that was the good time party vibe that “Continental” Robert Susz and his band of Dynamic Hepnotics brought to this perfect pop moment from the mid-80’s.

Susz (below) and his family had emigrated from Hungary in the 1950’s, and his teenage musical influences were US soul and blues artists – Ray Charles, Aretha Franklin, James Brown, Jackie Wilson, Otis Redding, Muddy Waters, Junior Wells and BB King – he formed the Dynamic Hepnotics in 1979 and became their front man and harmonica player, they made their debut at Arthurs Club, Potts Point, Sydney. 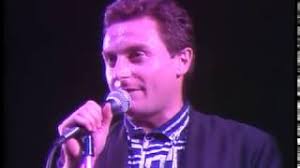 The classic Dynamic Hepnotics line up was – Robert Susz (harmonica, vocals), Bruce Allen (saxophone), Andrew Silver (guitar, vocals), Allen Britton (bass), Ian Dixon (trumpet) and Robert Souter (drums).  Hepnobeat was their debut single issued in 1981 on Mambo but it failed to chart, they switched to Mushroom Records but their next single, I’ll Make You issued in May 1984 also failed to impress, however their next original Robert Susz composition, Soul Kind of Feeling would provide the break through hit for the band in 1984. 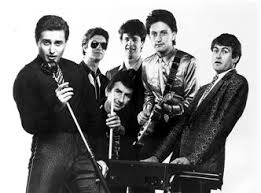 The song is catchy, danceable, ebullient pop and soul, and Susz was a personable, confident, and funky front man, the opening percussion, keyboards, bass, and saxophone immediately engage the listener and the gregarious and charismatic Susz moves into gear and his infectious vocals invite dance floor participation.

Bruce Allen’s shimmering sax is fundamental to the song’s basic syncopation and Ian Dixon’s trumpet flourishes round out a convincing brassy backdrop to the whole record.

In the promo video party goers groove to the beat, break dance in the street and bop along inside a record shop, the song is reminiscent of Jackie Wilson’s (You’re Love is Lifting Me) Higher and Higher and the sartorial “Continental” Robert sings falsetto and busts some retro splits, spins and hand jive in the style of the late Jackie “Mr Excitement” Wilson, although he doesn’t attempt any of Jackie’s trademark knee drops, backflips, and one-foot sideways slides. Yet the band captured the spirit of Atlantic/Stax/Volt/Motown here, and emerged as one of the premier soul and R&B bands in the country.

Soul Kind of Feeling was recorded late in the career of the band at Alberts Studio (Syd) with producer Mark Sydow, it was their biggest chart success reaching #5 in October 1984, their follow up in mid-1985 was Gotta Be Wrong (Way To Love) which charted #20 and was their last chart entry until the band broke up in 1986. “Continental” Robert has remained a fixture on the Sydney soul and rhythm and blues scene for over thirty years as vocalist/harmonica player with such groups as The Mighty Reapers, The Continental Blues Party, The Teenage Organ Party, The Rinky Dinks and others. 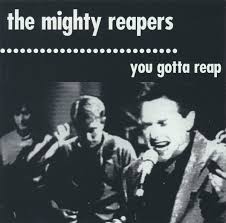