JO’K scored his 29th hit in August 1972 and completed a successful comeback to the charts following his dynamic performance at the 1972 Sunbury Rock Festival in front of 30,000 blissed out hippies (above). His soulful cover of Charlie and Inez Foxx’s Mockingbird, recorded at Melbourne’s Armstrong Studios, with Margaret McLaren was a national #8 hit for O’Keefe. In 1971 Margaret McLaren was singing in residency at a Dandenong Hotel with Melbourne band Phase 2, when they were hired to back Johnny O’Keefe on a tour of Victoria. The band later became O’Keefe’s permanent backing band, and McLaren was featured as a solo singer at JO’K’s shows. After their 1973 tour with Bill Haley, she left to marry O’Keefe’s sound engineer John Greene, and although she never released any other records, during the 80’s she continued to perform with the band Vocamation at Melbourne venues.

O’Keefe had performed this song many times before and most memorably with the under-rated Del Juliana during an episode of his TV show Sing, Sing, Sing, there was chemistry there between O’Keefe and Juliana and she more than matched the Wild One. As there is no live footage of O’Keefe and McLaren performing this song, the duet between Johnny and Del is included.

This song co-charted with an identical version of the song by Carly Simon and James Taylor (below), which O’Keefe claimed had been inspired by his version, Festival (Australia) chief Allan Hely, gave Johnny’s recording of Mockingbird to Jerry Moss, the head of the American label A&M, who passed it on to Elektra who recorded the Simon/Taylor version, which was released in February 1974. 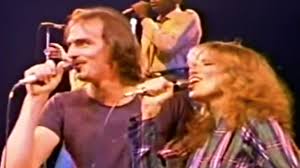 The song is lyrically indebted to a traditional nursery rhyme – Hush Little Baby –  “Hush little baby don’t say a word/Papa’s gonna buy you a mocking bird…” Ray Brown and the Whispers covered a Rudy Clark song which was based on the original lyrics under the title Fool, Fool, Fool in 1965.

On Friday October 6 1978, Johnny O‘Keefe died of an overdose of amylbarbitone, he was 43 years old, and in 1988 posthumously he was one of the original inductees into the ARIA Hall of Fame, along with Dame Joan Sutherland, Col Joye, Slim Dusty, Vanda and Young, and AC/DC. Johnny was survived by his second wife Maureen Maricic, they had only wed three years before, and his three children John, Victoria, and Peter, and their mother Marianne. 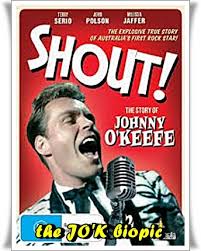 The legacy of Johnny O’Keefe can never be under-estimated, he was a pioneer of rock and roll in Australia, as a songwriter, record producer, artist manager and performer, he blazed a trail through the industry, taking no less than 29 songs onto the charts, he also toured overseas and compered several of the most iconic popular music shows on Australian television. His chart success is still unparalleled, in an era when single records not albums were the norm, he had four #1 hits, another seven top ten hits, and in total he took twenty- four songs into the top forty in the period 1957- 73.He did not chart with an album until 1976 with Let True Love Begin at #53, but the Legend of Johnny O’Keefe (#13) and Shout ! The TV Soundtrack (#27) were solid charters in 1985/86, he also scored with Johnny O’Keefe’s Greatest Hits which climbed to #8 in 1997 and The Wild One: Collector’s Edition hit #24 in 2008. 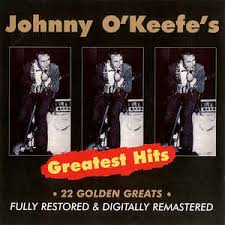 In recent years his life story has become a TV mini-series Shout! The Story of Johnny O’Keefe, a popular stage musical, Shout! The Legend of the Wild One, and he was featured in Australia Post’s series of stamps commemorating the history of this country’s popular music. In 2019 his nephew Andrew O’Keefe, a Channel 7 TV personality, toured his own JOK tribute show, inspired by his famous uncle. 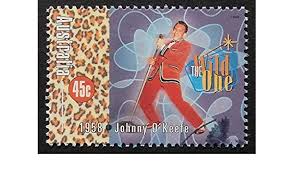 Reminder: 4the record will be on vacation for two weeks returning with our Folk and Indie Special on Tuesday March 31st.