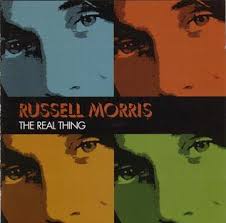 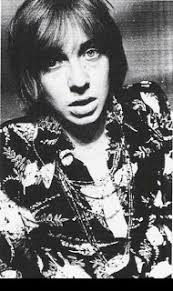 The Real Thing was Australia’s first psychedelic pop epic, but its origins were more prosaic. The song was originally a simple acoustic ballad penned by Johnny Young for Ronnie Burns, he envisaged strings and a Strawberry Fields Forever ambience, but Ian Meldrum (below) insisted that former Somebody’s Image front-man Russell Morris (above), who Meldrum was managing at the time, should record it, and Meldrum had very different ideas about how the song should be recorded.

Ian Meldrum as producer assumed the persona of Phil Spector, John Sayers came on board as recording engineer and John Farrar (Strangers) as arranger, the record would be compiled over many separate recording sessions which was unique at a time, when records were invariably made live in the studio at one session. Participating musicians had no idea how their contribution would ultimately sound or be sequenced in the finished product, the composer Johnny Young (below) was excluded from the recording sessions fearing that he would object to the avant-garde treatment his song was receiving. 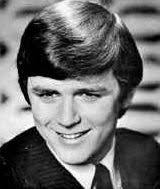 The acoustic guitar opening riffs by Hicks, which were recorded at the end of the recording sessions, has a Small Faces feel to it and the chord progression that follows it owes a debt to Donovan’s Hurdy Gurdy Man – a very 60’s slice of psychedelia – Cadd’s organ and Green’s sitar add to the trippy Haight Ashbury/Carnaby Street meets Collins Street vibe, and the seismic impact of the chorus of “ooh mama mow mow…” was a nod to the Beatles I Am the Walrus. This chorus was supposed to be a temporary filler until a Hendrix-like guitar insert was recorded but Meldrum had the nous to leave the hook-laden filler in the final mix. 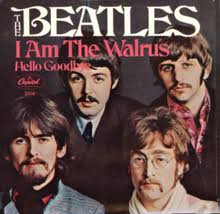 Lyrically the song often dips into such nonsensical LSD-coded lines as “There’s a meaning there, but the meaning there doesn’t really mean a thing”, and despite the record running for six minutes and consuming a lot of studio time to complete this pocket masterpiece, we really don’t find out who or what the real thing is, we were just blindsided by the special effects and went with the “cosmic vibe” of the thing.

The children’s choir is a recording by Hitler Youth singing Die Jugend Marschiert (Youth On The March) and other dystopian effects included the oratory over the end of the track (which was simply the manufacturer’s users’ liability terms on a cassette tape box being read in an Orwellian “Big Brother” voice by Brian Cadd) and the apocalyptic nuclear explosion which brings the whole production to a thudding halt with the brief but contraversial coda “seig heil”.

The unique distortion of special audio effects was attributed to using a “flanging technique”, a term that had been attributed to John Lennon after the Beatles producer George Martin (Martin and Lennon above) explained the process of achieving artificial double tracking (ADT) of vocals to Lennon. The ADT process had previously been used on such records as Telstar (Tornados) and The Big Hurt (Toni Fisher) and featured prominently in the album exotica of the Beatles (Sgt. Pepper’s Lonely Hearts’ Club Band, The White Album and Yellow Submarine) and such singles as the Small Faces Itchycoo Park.

Throughout the song Morris delivers confident, almost subdued tenor vocals which are a perfect foil to Meldrum’s witch’s brew of swirling, spinning, convolving psychedelia. The song cost $10,000 to produce, approx. the cost of producing a whole album at the time, the outro to the song has been described as limp and underwhelming, but Meldrum and company were only working with 8 track recorders at the time and were under extreme pressure by EMI to deliver a completed record. Despite all the obstacles, Meldrum, Morris and their team, still produced a record that was hypnotic, inventive, and totally transfixing.

EMI’s head A&R/producer Howard Gable (above far right) seriously doubted the commercial prospects of the record and initially refused to release it, Gable favored another Johnny Young composition, The Girl that I Love. Ian Meldrum fought Gable tenaciously, he even removed all the master copies of the recording from the studio and took them home, until Gable agreed to release the record, and Meldrum ultimately  prevailed. Local DJs Stan Rofe in Melbourne, and Ward Austin in Sydney, championed the song locally, and internationally it went to #1 in New York, Chicago and Houston in the US despite having been split across two sides of a 45 rpm record there, and has been faithfully covered by such diverse acts as Kylie Minogue and Midnight Oil since.

On release the US Cashbox magazine raved about the song “Heavy side from the Australian best-seller lists, has a mind-boggling electronic blast and repetitive lyrics that become an almost hypnotic spell-caster. Compelling at first listen, it’s impossible to ignore and will likely explode across AM/FM airways. Monster potential.”

The original promo clip for the song was a dystopian view of global conflict, Nazi rallies and iconography, civil unrest, tyrants, politicians, the Vietnam War,  Morris is resplendent in Nehru jacket and hippie beads, de rigeur for the times, a nuclear mushroom cloud rises ominously towards the end of the clip as the blast is reflected in the face of an innocent young child, sure the imagery was heavy-handed and comprised mostly stock footage, but this was twelve years before the launch of MTV and the real advent of music videos.

Young and Meldrum reclaimed ownership of the expression “the real thing” from Coca Cola with the song, it knocked Peter Sarstedt’s Where Do You Go To (My Lovely) off the top of the national charts and stayed there for six weeks through March-April, occupied the charts for 23 weeks, and became the biggest-selling record of the year, and in 2001 The Real Thing was voted one of the top 30 best Australian songs of the modern era by APRA. 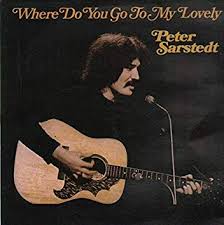 Incidentally  the B-side to The Real Thing was a little-known Hans Poulsen composition entitled It’s Only a Matter of Time, which was apparently the standard response that Ian Meldrum gave Howard Gable when he complained about the cost overruns and seemingly endless recording hours that were consumed in producing Meldrum’s magnum opus. 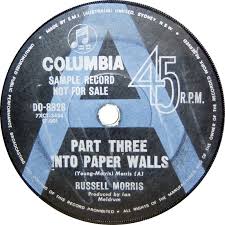 Morris would quickly follow-up with two more Johnny Young songs,  Part Three Into Paper Walls which was a sequel to the block buster hit The Real Thing, and was backed with the tender romantic ballad,  The Girl That I Love, to make a double-A-side smash  hit that would again top the charts, for three weeks, and occupy them for 21 weeks. 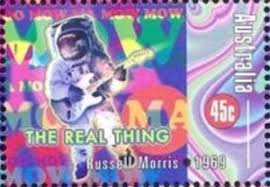